Pregnant woman shot dead by husband after asking for divorce 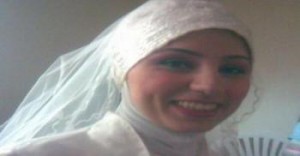 A pregnant mother was killed by her husband the day before Mother’s Day after asking for a divorce.

“It wasn’t the first time she asks him for divorce,” the victim’s sister told LBCI television.

“She had asked him to divorce her several times before, after she was fed up with his violent behavior,” she added. “But he used to threaten to kill their children each time.”

Roqayya Monzer was shot dead by her husband last Thursday, one day before Mother’s Day, after she asked him for divorce. The deceased woman’s sister explained that her brother-in-law shot Roqayya after she insisted on divorce because he kept on beating her in front of her kids.

Monzer is a mother of two, and was pregnant with her third child at the time of her death.

“He locked her inside every time he went to work, he did not let us, her family, see her,” the sister continued.

The victim’s family vowed to follow up on the case.

On February 17, the KAFA (enough) Violence and Exploitation organization announced the death of poisoning of a woman identified as Christelle Abou Shakra, revealing that her husband is in custody for interrogation. KAFA urged Speaker Nabih Berri to hold a special parliament session to pass a law criminalizing domestic violence, days after this latest incident. During a press conference held on Tuesday, the organization called on the parliament to adopt the law protecting women from domestic abuse and to take into consideration the organization’s remarks on the draft law in question.

And two weeks earlier, Manal al-Assi was severely beaten by her husband, which resulted in her death the next day. The husband was eventually arrested by security forces.

Another tragic story preceded the two incidents when Roula Yaacoub, 31, died of domestic abuse on July 9, 2013.

Several media reports said Yaacoub’s husband beat her up to death with a club under the eyes of their five daughters.

The joint parliamentary committees approved on July 22, 2013, a draft-law on the protection of women from domestic violence, a major step towards helping women become first-class citizens in Lebanon.

If passed by parliament, the law would come under the penal code — under which cases are referred to a criminal court — rather than personal status laws, which are ruled on by religious authorities.

Domestic abuse and harassment continue to be taboo in Lebanon, with very few women filing complaints as police generally turn a blind eye and tell them to deal with their problems at home.

From domestic violence to rape to adultery, the rights of women often fall by the wayside, reducing them to second-class citizens.

The committees’ approval of the draft-law was seen as a major step towards the liberation of the Lebanese woman who still lacks a lot of rights, including transferring citizenship to her husband if he is a foreigner or to children born of such a union.