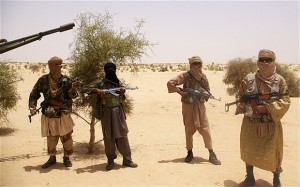 Gunmen in Yemen killed 20 soldiers on Monday at a checkpoint in Hadramawt province, the official Saba news agency said of the latest in a wave of attacks blamed on al Qaeda.

“Twenty soldiers were killed in the armed attack on an army checkpoint” near Reida, 135 kilometres east of the provincial capital Mukalla in the south, Saba said.

Security sources earlier put the toll at eight dead and six wounded, with one source saying the assault bore all the hallmarks of al Qaeda in the Arabian Peninsula (AQAP).

One source said the assault was carried out by gunmen aboard several vehicles.

“The attackers would appear to be in al Qaeda,” the second military source said of AQAP, which the United States views as the jihadist network’s most dangerous franchise.

Yemen has seen regular attacks on its security forces, usually blamed on AQAP which remains active in the south and east despite several military campaigns to crush it.

On March 18, a suspected Al-Qaeda suicide car bombing at a military intelligence headquarters killed one person and wounded 13. The attacker detonated the car outside the gate to the security building in Tuban, 15 kilometres north of Aden, killing a guard.

That attack came two days after three suspected al Qaeda militants, one a Saudi, were killed in the southern province of Shabwa when a car bomb they were preparing apparently detonated accidentally.

Two other alleged members of the extremist network were “seriously wounded” and a nearby house was “partially destroyed,” a tribal source said. Yemen is the ancestral home of Osama bin Laden and the home base of AQAP.

The United States launches regular drone attacks in support of Sanaa’s campaign against al Qaeda and has killed dozens of militants in a sharply intensified campaign over the past year.

A tribal source on March 21 said a drone strike killed a local al Qaeda chief and his bodyguard in the northeast. The unmanned plane fired a missile at a vehicle transporting militants in the Jebel Jame area of Jawf province, the source said.

The US military operates all drones flying over Yemen.

The drone strikes have triggered criticism from rights activists, who say they have killed many innocent civilians.

The United Nations said 16 civilians were killed and at least 10 wounded when two separate wedding processions were targeted in December.