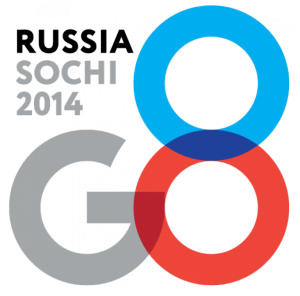 Leaders of the so-called Group of Eight announced on Monday they would cancel their planned June meeting in Sochi, Russia, and suspend their participation in the international group, following Russia’s annexation of the Crimean Peninsula from Ukraine and threats toward eastern Ukraine.

The smaller group announced its plans in a joint statement after meeting in The Netherlands. Instead, the leaders of Canada, France, Germany, Italy, Japan, the United Kingdom, and the United States will meet with European Union leaders in Brussels as the G7, in the latest blow to Russian President Vladimir Putin.

U.S. President Barack Obama convened a meeting of the G7 on the sidelines of the Nuclear Security Summit at The Hague, with the goal of increasing pressure on Russia following its actions in Ukraine. The G7 nations had previously suspended preparations for the Sochi conference following Russia’s takeover of Crimea.

“Our view is simply that as long as Russia is flagrantly violating international law and the order the G7 has helped to build since the end of the Cold War, there’s no need for the G7 to engage with Russia,” Deputy National Security Advisor for Strategic Communications Ben Rhodes told reporters Monday before the meeting.

“This Group came together because of shared beliefs and shared responsibilities,” the leaders said in the joint statement, titled “The Hague Declaration.” “Russia’s actions in recent weeks are not consistent with them. Under these circumstances, we will not participate in the planned Sochi Summit. We will suspend our participation in the G8 until Russia changes course and the environment comes back to where the G8 is able to have a meaningful discussion.”

The decision to cancel the conference comes after Western powers imposed strict sanctions on Russian government officials and business leaders for their involvement in supporting the Russian action in Ukraine. In the statement, the leaders reaffirmed their commitment to imposing additional sanctions, including sanctions targeting key sectors of the Russian economy, if the situation escalates further.

Earlier Monday, Obama met with Chinese President Xi Jinping to discuss a wide range of issues including Ukraine. Rhodes indicated that China will not support international sanctions efforts. “I think we would find it as a constructive step for them to continue to refrain from supporting Russia’s action, and to speaking out for the principle of the rule of law, international law, and the sovereignty and territorial integrity of Ukraine,” he said.

The G8 traces its roots to the G6 organized by France in 1975, becoming the G7 with the addition of Canada. Russia was first invited to join in 1998. The full declaration reads as follows:

The Hague, The Netherlands