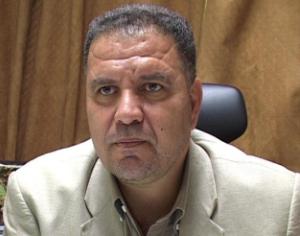 Hezbollah MP Ali Fayyad described the victory of Syrian regime forces and Hezbollah in Yabroud as a strategic turning point in the conflict in Syria, and claimed that it would boost the security situation in Lebanon, National News Agency reported.

“The victory will leave a decisive impact in the field in the areas bordering Lebanon, and will have a positive impact on security and stability in Lebanon, especially as Yabroud was the main area where car bombs were prepared to attack the Beirut area of Dahiyeh and Hermel,” NNA quoted Fayad as saying.

Fayyad also called on the Lebanese parties sympathizing with the rebels to “reconsider their calculations.”

A suicide bombing that killed at least four people in a Hezbollah-dominated area of the Bekaa Valley in Lebanon, near the border with Syria came hours after Supporters of the Iranian backed Hezbollah militant group drove on motorcycles around Beirut’s southern Dahiyeh area Sunday in celebration of the seizure of the border city of Yabroud by the Syrian regime forces and Hezbollah.

The attack was claimed by the Al-Nusra Front in Lebanon, as well as by the little-known Liwa Ahrar al-Sunna in Baalbek, a Sunni Muslim armed group opposed to Hezbollah’s involvement in the Syrian conflict.

Contrary to Fayad’s claim, observer are predicting more bomb attacks by the Syrian rebels in retaliation for the seizure of Yabroud that will target Hezbollah strongholds.

While Fayad claimed the security situation in Lebanon will improve as the result of the fall of Yabroud ,another Hezbollah MP Walid Sukarieh called on the Lebanese Armed Forces to close the border with Syria saying that Syrian opposition fighters still pose a danger to Lebanon.

“The LAF must secure the entire border to prevent a deterioration of security after the defeat of the opposition in Qalamoun,” Sukarieh told VOL 100.5 radio.

Sukarieh added that although some opposition fighters remain in Syria, the porous border region in the east Beqaa still posed a danger to Lebanon.

“The militants did not all enter Lebanon from Syria, as there are still opposition [controlled] areas within Syrian territory.” he added

“However, their road to Arsal and Lebanon’s hills is open and Arsal is a safe haven for them. This increases threats to Lebanon.” He said

To prove Sukarieh’s point the Lebanese Armed Forces detonated an explosive-laden car near the north eastern Beqaa village of Al-Fakiha on Monday after confirming suspicions that it was rigged with explosive charges, according to a report by NOW