More blackouts expected as Lebanon runs out of fuel 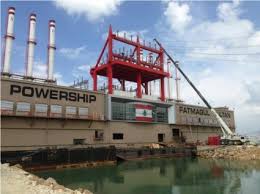 is expected to shut down its operation by Monday since Finance Minister Ali Hassan Khalil refused to sign a loan for the state owned Electricité du Liban ( electricity utility) company to buy fuel oil for the power ship, according to a report by NOW

“The finance minister considers that signing loans without the prior consent of the council of ministers is illegal,” a well-informed source told NOW.

The ship is expected run out of fuel oil by Monday .

Moreover Lebanon’s power plants are expected to completely run out of fuel by the end of March in case the Electricité du Liban (EDL) company failed to provide the required fuel NOW added.

According to the report EDL plans to increase the electricity rationing to more than 3 hours a day in Beirut and 14 hours a day in other areas, and eventually to a complete blackout come April.