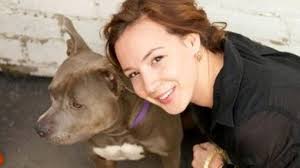 Autumn Ratke, the American CEO of Bitcoin exchange firm First Meta, has been found dead in her Singapore apartment at the age of 28.

Ratke was discovered on February 28, but details of her “unnatural death” — which police are investigating as an apparent suicide — are only slowly, and somewhat hazily, emerging. The New York Post is reporting that Ratke jumped to her death from a 25-story apartment building and was pronounced dead at the scene.

But The Post’s only source appears to be an unnamed neighbor, and Slate’s Will Oremus wisely urges caution in jumping to conclusions about the story — particularly in the rush to assume that Ratke’s death is somehow related to recent thefts in the Bitcoin sphere.

In a statement, First Meta, which Ratke joined in 2012, said it is “shocked and saddened by the tragic loss of our friend and CEO Autumn Ratke.” The exchange company lets users trade Bitcoin for other digital currencies.

It also arrives in the midst of a particularly fraught few weeks for the cryptocurrency and those who use it. Last week, Tokyo-based exchange Mt. Gox was revealed to be the victim of a hacking heist that amounted to some $350 million in Bitcoin. Several days later, Bitcoin bank Flexcoin suffered its own — albeit smaller — breach, which will shut it down permanently. The day Ratke was discovered, Vietnam warned its citizens not to invest in or trade Bitcoins.

Despite speculation, Steve Beauregard, a fellow Bitcoin entrepreneur, has told Reuters that Ratke was suffering from professional and personal factors unrelated to those recent headlines. She previously worked in start-ups in Silicon Valley.