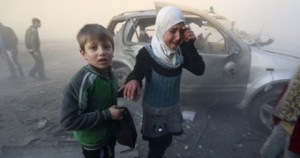 Nearly 2,000 Syrian refugee children in Lebanon are in danger of starving to death if they do not receive immediate treatment, UNICEF said Tuesday, warning of a looming malnutrition crisis.

The problem is linked to “poor hygiene, unsafe drinking water, diseases, lack of immunization and improper feeding practices of young children,” she said.

There are nearly one million registered Syrian refugees in Lebanon, including 200,000 children.

Lebanon, with a population of just four million, has seen its already limited resources tested to the limit by the influx of refugees.

UNICEF said a study conducted last October and November showed some 2,000 of the children “are at risk of dying and need immediate treatment to survive.”

The agency said it had begun treating several hundred of those in worst need.

It said the most-affected regions were in northern and eastern Lebanon, where the cases of “severe acute malnutrition” doubled between 2012 and 2013.

The report warned that new arrivals and rising food prices could cause the situation to “deteriorate rapidly.”

Zeroual Azzedine, UNICEF’s chief of health and nutrition, said under-fives were the most vulnerable to malnutrition, particularly those living in harsh conditions in camps.

“The child who suffers malnutrition has no appetite, he does not want to eat…because malnutrition hits the brain first,” he said.

“Even if the child is smiling, playing, the malnutrition hits silently, hits the brain.”

The current rate is six percent, but that represents the “real beginning of the crisis,” he told AFP.