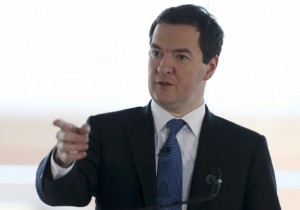 London – It seems clear now that a divorce would be messy.

The British government warned Scotland on Thursday that if it votes to leave the United Kingdom, it would not be able to keep the British currency, the venerable pound sterling.

Commentators called the speech one of the most important developments in the fight for Scotland’s future, with clear battle lines being drawn by the British government, which until now has resisted discussing the terms of a possible breakup.

“This is a concerted bid by a Tory-led Westminster establishment to bully and intimidate — but their efforts to claim ownership of sterling will backfire spectacularly in terms of reaction from the people of Scotland,” Alex Salmond, first minister of Scotland and leader of the SNP, said in a statement.

Salmond insisted that a shared currency zone was in the best interests of all parties. He said that “the stance of any U.K. government will be very different the day after a ‘yes’ vote to the campaign rhetoric we are hearing now.”

In a rare display of unity, Osborne was backed by Labor and the Liberal Democrats, the other two main political parties, effectively meaning that Scotland would struggle to broker a deal to use the pound with whoever wins the next general election in 2015. Osborne is the British cabinet minister responsible for economic and financial matters.

The Scottish government has previously maintained that it would keep the British pound and that the Bank of England would continue to be the lender of last resort if voters choose independence Sept. 18.

But Osborne insisted that this was not a workable solution.

The pound, Osborne said, is not like a “CD collection” to be divvied up after a breakup.

Political analysts said that Scots would be scrutinizing both the message and the messenger. Osborne’s Conservative Party is deeply disliked in Scotland, partly as a result of the legacy of the late Margaret Thatcher, whose policies as prime minister during the 1980s triggered much hostility in Scotland. Any sense of preaching by posh London Tories would go down badly, analysts said.

“It could backfire,” said Thomas Lundberg, a lecturer in politics at the University of Glasgow. “The U.K. government wants to make independence look scary, but if they come across as bullies, then it could hurt their cause.”

The Scottish government has not spelled out its Plan B in the event it cannot use the pound. But several ideas have been mooted, including simply continuing to use the British currency regardless of what London says, like Panama does with the U.S. dollar.

Osborne’s speech was in stark contrast to what has been described as a “love bomb” last week by British Prime Minister David Cameron, who invoked cultural icons such as Sherlock Holmes and Scotch whiskey in making an emotional and patriotic plea for Scotland to stay in the 307-year-old union.

It remains unclear what impact Osborne’s intervention will have on the debate over Scotland’s future. But with just seven months to go until the historic referendum, campaigning on both sides evidently is intensifying.