More evidence pointing to Iran being behind Syria’s Al Qaeda 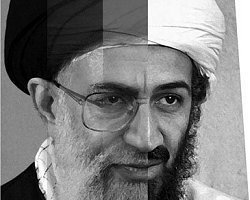 Earlier this month, U.S. officials told Al Jazeera that senior al Qaeda operative, Abdel Aziz Khalil, AKA Yasin al Suri, who is suspected of moving money and operatives into Syria since 2011, is now running operations from Iran with the tacit blessing of the government after being temporarily detained there in late 2011.

Suri is believed to be responsible for overseeing Al-Qaeda efforts to transfer experienced fighters from Pakistan to Syria. The Treasury said he is involved in organizing and maintaining routes by which new recruits can travel to Syria via Turkey.

The Treasury Department designated Suri in July 2011 and has authorized monetary rewards for information leading to his location.

The latest charge by Obama administration provides further evidence that parts of the Islamic Republic’s government or military have been at least indirectly enabling the rise of extremists in Syria .

The Treasury sanctioned a senior Uzbek member of al Qaeda, Olimzhon Adkhamovich Sadikov also known as Jafar al-Uzbeki, for allegedly using Iran to move fighters into Syria. The U.S. said Mr. Jafar who is based in Mashhad, Iran, near the country’s border with Afghanistan is part of an al Qaeda network operating from Iran that has also moved fighters into Pakistan and Afghanistan “and operates there with the knowledge of Iranian authorities.”

According to the Treasury statement, Uzbeki has also provided funding to Abdel Aziz Khalil, AKA Yasin al-Suri, who resumed leadership of Al-Qaeda’s Iran-based network after being temporarily detained there in late 2011.

The Treasury added that the network “also uses Iran as a transit point for moving funding and foreign fighters through Turkey to support al Qaeda-affiliated elements inside Syria,” including the main al Qaeda affiliate Jabhat al-Nusra.

Turkey has harbored al Qaeda financiers and allowed many extremists to pass from its territory into Syria over the course of the war.

Al Monitor reports that about a month ago, a high-ranking delegation from Iran visited Turkey and met high-ranking Turkish officials, including Prime Minister Recep Tayyip Erdogan, in Ankara and “there was agreement on exchanging information and coordinating closely on the situation in Syria.”

The Nusra Front and more recently Islamic State of Iraq and al-Sham (ISIS) have been selling oil to the Assad regime. ISIS, the most extreme rebel faction in Syria, is dominated by foreigners. Activists claim that one ISIS leader who was captured in Aleppo held an Iranian passport.

“The Iran-based Al-Qaeda network has also leveraged an extensive network of Kuwaiti jihadist donors to send money to Syria via Turkey,” the Treasury added.