Kabul: Death toll of attack on Lebanese restaurant rises to 21 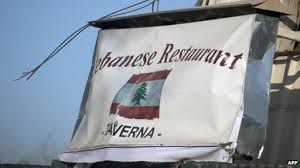 KABUL, Afghanistan- The death toll from a Taliban attack on a Kabul restaurant popular with foreigners and affluent Afghans has risen to 21 people, officials said Saturday, in the deadliest violence against foreign civilians in the country since the start of the war nearly 13 years ago.

Kabul police chief Gen. Mohammad Zahir Zahir said the victims included 13 foreigners and eight Afghans and said the majority were civilians. Two private U.S. citizens, employees at the American University of Afghanistan, were killed. Michael Smith, president of the private nonprofit institution said Saturday the victims’ families were being informed and the bodies were being prepared to send home. One was a political science staff member and the other worked in the student affairs department.

The dead at the La Taverna du Liban restaurant included the head of the International Monetary Fund in Afghanistan, three United Nations staff and a member of the European Police Mission in Afghanistan. representative.

Zahir and international officials said the dead included two Britons, two Canadians, a Dane, a Russian, two Lebanese, a Somali-American and a Pakistani. At least four people were wounded and about eight Afghans, mostly the kitchen staff, survived.

Five women, four foreign and one Afghan, were also among the dead, Zahir said.

The three attackers, including a suicide bomber and two gunmen, were also killed during Friday night’s assault on the Lebanese restaurant.

The dead included the head of the IMF in Afghanistan, Wabel Abdallah, a 60-year-old Lebanese national; a Danish European Policewoman and her British bodyguard, while the U.N. in Kabul said its three staff members included a Pakistani, a Russian and a Somali-American. The restaurant’s Lebanese owner, Kamal Hamade, was also killed.

The attack was condemned by the U.N. Security Council, NATO and the European Union.

“I strongly condemn this attack on random civilians and my thoughts and deepest sympathy goes to the next of kin,” Danish Prime Minister Helle Thorning-Schmidt said in a statement.

The Danish Foreign Ministry declined to release details about the victim as customary but Denmark’s TV2 said she was a 34-year-old woman.

“I condemn in the strongest possible terms this appalling and unjustifiable violence. The perpetrators must be brought to justice,” EU High Representative Catherine Ashton said Saturday.

Afghan President Hamid Karzai’s office has not yet condemned the attack.

The Taliban claimed responsibility for the attack, saying it was in reprisal for an Afghan military operation earlier in the week against insurgents in eastern Parwan province, which the insurgents claimed killed many civilians. The Taliban frequently provide exaggerated casualty figures.

“The target of the attack was a restaurant frequented by high ranking foreigners,” Taliban spokesman Zabihullah Mujahid said in an emailed statement. He said the attack targeted a place “where the invaders used to dine with booze and liquor in the plenty.”
He described the “revenge attack” as having delivered a “heavy admonitory blow to the enemy which they shall never forget.”

During the operation last Wednesday in eastern Parwan province, Afghan officials said that Taliban fighters opened fire on an Afghan commando unit trying to capture an insurgent leader in his home. After opening fire on the Afghan soldiers, killing one of their American advisers, the team called the U.S.-led coalition for air support.
The governor of Parwan, Abdul Basir Salangi, said a Taliban leader, three of his family members and five civilians in a neighboring home, from which insurgents were also firing on the Afghan commandos, died in the ensuing combat. He added that seven Taliban fighters were also killed.

Insurgents have frequently targeted foreign interests around the country and in Kabul.

The deadliest previous attack against foreign civilians was in Sept. 8, 2012, when nine civilian employees of a private aviation company were killed in a suicide attack happened near Kabul airport. They included eight South Africans and a Kyrgyz.

The Taliban have stepped up a campaign of violence in recent months after foreign forces handed over control of security for the country to the Afghan army and police ahead of their full withdrawal by the end of 2014.