Iran: Hezbollah can hit , destroy any target in Israel 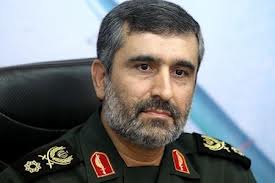 Hezbollah has dramatically improved its missile capabilities and can pinpoint targets anywhere in Israel, according to a senior commander in Iran’s Revolutionary Guards.

General Amir Ali Hajizadeh, the head of the Guard’s aerospace division, said  Saturday Israel would see the armed group’s increased strength should there be war.

In comments posted on the Guard’s website, sephanews.com, Hajizadeh said: “Hezbollah’s capability has improved so tremendously in recent years that it can hit and destroy any target in the occupied lands with very little inaccuracy and pinpoint ability.”

The assertions could not be verified, however, and Iran makes claims technological advances about its own military that cannot not be confirmed either.

“He [Al Laqis] was a great, resourceful and very active Hezbollah commander whose works could be revealed should a Hezbollah-Israel war break out. He created great defence supplies.”

Israel believes Al Laqis played a significant role in obtaining weapons, including long-range rockets, despite air strikes launched by the Jewish state inside Syria to try and stop weapons shipments into Lebanon.

Israeli media has reported that Hezbollah has been moving long-range missiles to Lebanon from bases where it had stored them inside Syria.