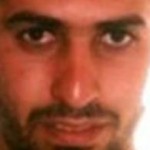 A suspected Islamic militant returning to Europe from the war in Syria was arrested on Sunday at Malaga airport in southern Spain as a potential “threat to national security,” the Interior Ministry said in a statement.

He had spent months alongside Islamic militants fighting in Syria and in Iraq since last May, arriving to the region from Casablanca, Morocco. He was arrested at Malaga airport on a flight from Istanbul, Turkey, the statement said.

Spanish terrorism experts have repeatedly said that authorities are closely tracking the movements of Islamic militants who have fought in Syria, Iraq or Afghanistan when they come to Europe for the threat they pose as potential “lone wolves” or in group terrorist actions.

Sadik Mohamed was allegedly involved in terrorist training camps in Syria and Iraq, the statement said. The Interior Ministry did not immediately reveal his nationality or his age.

He was a suspect in a partially dismantled Spanish and Moroccan network of Islamic militants that recruited, indoctrinated, trained and financed militants to be sent to the battlefronts in Syria.

The network was based in the Spanish enclave of Ceuta on Morocco’s north coast and in the nearby Moroccan city of Fnideq.

Ten militants based in Ceuta and allegedly linked to this network already have been jailed on pretrial charges of terrorism, including the alleged leader who was arrested September 17 after escaping detention in June when eight other suspected colleagues were rounded up.

In a court order issued in June, Judge Ismael Moreno of Spain’s National Court wrote that the suspected cell in Ceuta was “a structure based in Spain, with connections in Morocco, Belgium, Turkey and Syria, dedicated to radicalizing, recruiting and sending mujahedeen (fighters) to Syria with the aim of conducting jihad and achieving martyrdom.”

The group has connections to the Jabhat al-Nusra front, described as an active al Qaeda group in and around Syria, and to the Islamic State of Iraq and Syria , but “there are increasing references to carrying out jihad at home,” the judge warned at the time, referring to potential attacks in Spain.

The group had sent at least 12 Spanish or Moroccan males, from both Ceuta and Morocco, to fight in Syria, the judge wrote. At least five died in suicide attacks in Syria that caused numerous casualties. One of the males was a minor; it was not immediately clear if he was among those who had died.

Sadik Mohamed will be arraigned at the National Court in Madrid, the Interior Ministry statement said.