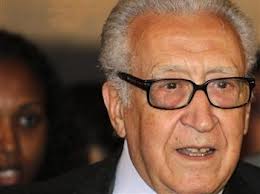 THE Syrian government has told the UN that it has formed a delegation for the January peace talks in Switzerland, but the opposition is still not ready to name their delegates, international envoy Lakhdar Brahimi says.

In addition to the conflict parties and the five UN veto powers, 25 mostly Muslim and European countries would be invited to the talks, Brahimi said.

“On Iran we haven’t agreed yet,” he said after a preparatory meeting with US and Russian representatives, adding that the United States was still opposed to having the Syrian government ally at the table.

Brahimi urged both sides of the conflict to take good-will steps ahead of the peace talks, such as releasing imprisoned or kidnapped children, women, old people and Christian clergy.