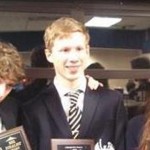 Denver – One teen was wounded and two others suffered minor injuries Friday at a suburban Denver high school after a fellow student seeking revenge against a teacher opened fire with a shotgun before taking his own life, authorities said.

The shootings — on the eve of the anniversary of the Newtown school massacre, in which 20 students and six staffers were murdered — sent scores of terrified students and staffers at Centennial’s Arapahoe High School scurrying at about 12:30 p.m. Police and other first responders quickly mobilized to surround the 2,220-student school.

A 15- or 16-year-old girl suffered a gunshot wound and was reported in critical condition at a Littleton hospital Friday evening. Two other students were discharged in late afternoon from Swedish Medical Center in Englewood after being treated for minor injuries that did not involve gunshots, a spokeswoman said without elaborating.

The suspect, whose name was not released, died of a self-inflicted gunshot, Arapahoe County Sheriff Grayson Robinson said.

The gunman also brought two Molotov cocktails inside the school and exploded one, KUSA-TV reported. The other was found and removed by the bomb squad.

The incident unfolded when the armed student entered the west side of the school from a student parking lot. He told other students he was interested in confronting a specific teacher. “Word got around immediately,” Robinson said.

The teacher, informed of the situation, fled the building unharmed, said Robinson, who noted that the teacher’s decision to flee helped limit the potential carnage.

Many students locked themselves in classrooms until first responders arrived. Some said they heard several gunshots in a hallway near the school library.

“We were shaking, we were crying, we were freaking out,” 9th grader Whitney Riley told CNN.

Robinson said it appears that the shooter acted alone. He said investigators would also examine whether the timing was tied to Newtown. They were also trying to determine whether the suspect had planted an explosive device at the school.

Following the shooting, scores of students calmly exited the building, single file, with their hands above their heads. They gathered on a school track at about 1:30 p.m. Frightened parents were told to go to Shepherd of the Hills Lutheran Church where they were to reunite with their kids.

In a statement, Gov. John Hickenlooper slammed the shootings and praised first responders.

“This is an unspeakable horror and something no child, no family should have to endure. Our thoughts and prayers are with the Arapahoe High School community and those affected by this senseless act of violence,” Hickenlooper said. “We thank law enforcement and first responders for their swift work. All of Colorado is with you.”