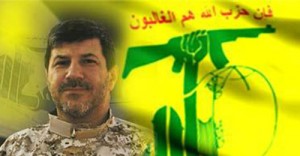 BEIRUT — A senior Hezbollah commander was gunned down outside his home in Beirut, the Lebanese militant group said Wednesday, immediately blaming Israel for the assassination and warning that it would suffer the consequences.

Hassan al-Laqees was shot late Tuesday in the Hadath area of the Lebanese capital as he returned from work, Hezbollah said in a statement.

“Israel has nothing to do with this incident,” Palmor said. “These automatic accusations are an innate reflex with Hezbollah. They don’t need evidence, they don’t need facts, they just blame anything on Israel.”

The commander was shot five times in the head and neck, the Lebanese Daily Star newspaper reported, citing an unidentified security official. Hezbollah said Laqees had spent his life serving the “resistance” against Israel and lost a son during the group’s 2006 war with Israel. He was previously the target of several failed assassination attempts, it said.

Though suspicions typically turn to Hezbollah’s sworn enemy Israel, there has been increased tension in Lebanon between Shiite Hezbollah and Sunni extremist groups that oppose its role in the civil war in neighboring Syria, where it has sent fighters to support President Bashar al-Assad. Targets linked to Hezbollah, which is backed by Iran, have been struck over the past year. The attacks have included bombings in Hezbollah’s stronghold in the southern suburbs of Beirut and at the Iranian Embassy.

A little-known group called the Ahrar al-Sunna Baalbek Brigade claimed responsibility in a Twitter post, but the claim could not be verified. It lambasted arrests of Sunnis by Hezbollah in the Baalbek area of Lebanon.

The assassination took place shortly after Lebanese television broadcast an interview with Hezbollah chief Hasan Nasrallah. In it, Nasrallah accused Saudi Arabia of supporting groups in Lebanon linked to al-Qaeda, including one that claimed responsibility for a double suicide bombing at the Iranian Embassy on Nov. 19.