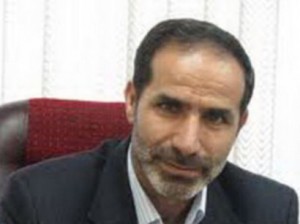 An unidentified attacker shot dead an Iranian deputy minister of industry in Tehran on Sunday, the state news agency IRNA reported, in what appeared the first reported killing of a senior central government official in years.

Safdar Rahmat Abadi was shot in the head and chest as he got into his car in the east of the capital, IRNA said, quoting witnesses as saying the attack occurred at about 7:50 p.m. (1620 GMT).

“Investigations show that two shots were fired from inside the vehicle,” the agency quoted a police official as saying.

“That two shells were found inside the car shows a strong likelihood that the assailant was inside the car and in conversation with Mr Abadi. There was no sign of struggle at the scene of the killing.”

The student news agency ISNA said a special homicide investigator and criminal prosecutor were at the scene. It cited a judiciary source as saying no arrests had yet been made.

There has been a surge of attacks against Iranian military and provincial officials in recent weeks, but Abadi’s killing appeared to be the first reported fatal shooting of a senior central government official in years.

Iranian Sunni Islamists claimed responsibility for the killing of an Iranian prosecutor in Sistan Baluchistan province last week. They said it was revenge for the hanging of 16 prisoners carried out by judiciary officials after an attack by the Jaish ul-Adl group of Sunni Islamist militants in which 14 border guards were killed.

In Washington, a State Department spokesman said of Abadi’s killing: “We’ve seen the media reports and have no further information or comment at this time.”

There was no immediate indication that the killing had anything to do with Iran’s nuclear dispute with the West.

Authorities in the capital have accused Israel and its Western allies of carrying out the assassinations of five Iranian nuclear scientists since 2007. The last such attack happened in January 2012 when one man was killed by a car bomb.

The United States has denied any role in these killings. Israel has not commented.

On October 3, Iran’s Revolutionary Guards said they were investigating the death of an officer in what they called an horrific incident, but denied media reports it was an assassination.

Alborz, an Iranian website, had reported that Mojtaba Ahmadi, an officer in the Guards, was found shot dead in late September near Karaj, a town northwest of Tehran.

Israel sees Iran’s nuclear activities as a threat to its existence and has urged the West to force Tehran to curb them. Iran says its atomic work has only peaceful purposes.