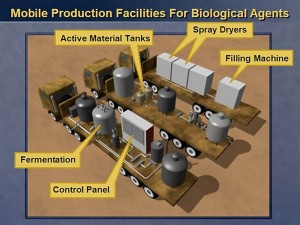 Syria’s declared equipment for producing, mixing and filling chemical weapons has been destroyed, sources with the international watchdog say.

An announcement by the Organization for the Prohibition of Chemical Weapons (OPCW) is expected later – a day before its deadline which Syria had to meet.

The government denies the accusations.

The inspections were agreed between Russia and the US after Washington threatened to use force in Syria.

The US says more than 1,400 people were killed during a nerve agent attack in Ghouta on the outskirts of Damascus on 21 August.

Syria and Russia believe rebel groups were responsible for the attack.

Syria’s chemical weapons arsenal is believed to include more than 1,000 tonnes of the nerve gas sarin, the blister agent sulphur mustard and other banned chemicals, stored at dozens of sites.

It has until mid-2014 to destroy its chemical weapons stockpile.