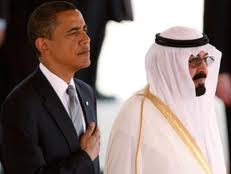 The strange thing about the crackup in U.S.-Saudi relations is that it has been on the way for more than two years, like a slow-motion car wreck, but nobody in Riyadh or Washington has done anything decisive to avert it.

The breach became dramatic over the past week. Last Friday, Saudi Arabia refused to take its seat on the United Nations Security Council, in what Prince Bandar bin Sultan, the Saudi intelligence chief, described as “a message for the U.S., not the U.N,” according to the Wall Street Journal. On Tuesday, Prince Turki al-Faisal, a former head of Saudi intelligence, voiced “a high level of disappointment in the U.S. government’s dealings” on Syria and the Palestinian issue, in an interview with Al-Monitor.

What should worry the Obama administration is that Saudi concern about U.S. policy in the Middle East is shared by the four other traditional U.S. allies in the region: Egypt, Jordan, the United Arab Emirates and Israel. They argue (mostly privately) that Obama has shredded U.S. influence by dumping President Hosni Mubarak in Egypt, backing the Muslim Brotherhood’s Mohamed Morsi, opposing the coup that toppled Morsi, vacillating in its Syria policy, and now embarking on negotiations with Iran — all without consulting close Arab allies.

Saudi King Abdullah privately voiced his frustration with U.S. policy in a lunch in Riyadh Monday with King Abdullah of Jordan and Crown Prince Mohammed bin Zayed of the U.A.E., according to a knowledgeable Arab official. The Saudi monarch “is convinced the U.S. is unreliable,” this official said. “I don’t see a genuine desire to fix it” on either side, he added.

The Saudis’ pique, in turn, has reinforced the White House’s frustration that Riyadh is an ungrateful and sometimes petulant ally. When Secretary of State John Kerry was in the region a few weeks ago, he asked to visit Bandar. The Saudi prince is said to have responded that he was on his way out of the kingdom, but that Kerry could meet him at the airport. This response struck U.S. officials as high-handed.

Saudi Arabia obviously wants attention, but what’s surprising is the White House’s inability to convey the desired reassurances over the past two years. The problem was clear in the fall of 2011, when I was told by Saudi officials in Riyadh that they increasingly regarded the U.S. as unreliable and would look elsewhere for their security. Obama’s reaction to these reports was to be peeved that the Saudis didn’t recognize all that the U.S. was doing to help their security, behind the scenes. The president was right on the facts but wrong on the atmospherics.

The bad feeling that developed after Mubarak’s ouster deepened month by month: The U.S. supported Morsi’s election as president; opposed a crackdown by the monarchy in Bahrain against Shiites protesters; cut aid to the Egyptian military after it toppled Morsi and crushed the Brotherhood; promised covert aid to the Syrian rebels it never delivered; threatened to bomb Syria and then allied with Russia, instead; and finally embarked on a diplomatic opening to Iran, Saudi Arabia’s deadly rival in the Gulf.

The policies were upsetting; but the deeper damage resulted from the Saudi feeling that they were being ignored — and even, in their minds, double crossed. In the traditional Gulf societies, any such sense of betrayal can do lasting damage, yet the administration let the problems fester.

“Somebody needs to get on an airplane right now and go see the king,” said a former top U.S. official who knows the Saudis well. The Saudi king is “very tribal,” in his outlook, this official noted, and in his mind, “your word is your bond.” It’s that sense of trust that has been damaged in the kingdom’s dealings with Obama. One good emissary would be John Brennan, the CIA director, who was station chief in Riyadh in the late 1990s and had a good relationship with the Saudi monarch. Another would be George Tenet, former CIA director, who visited the kingdom often and also developed a trusting relationship with Abdullah.

For much of the past two years, the closest thing the U.S. had to a back channel with Saudi Arabia was Tom Donilon, the national security adviser until last June. He traveled to the kingdom occasionally to pass private messages to Abdullah; those meetings didn’t heal the wounds, but they at least staunched the bleeding. But Susan Rice, Donilon’s successor, has not played a similar bridging role.

The administration’ lack of communication with the Saudis and other Arab allies is mystifying at a time when the U.S. is exploring new policy initiatives, such as working with the Russians on dismantling chemical weapons in Syria and negotiating a possible nuclear deal with Iran. Those U.S. policy initiatives are sound, in the view of many analysts (including me), but they worry the Saudis and others—making close consultation all the more important.