NSA recorded over 124 billion phone calls in one month 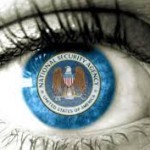 The National Security Agency recorded information about more than 124 billion phone calls during a 30-day period earlier this year, including around 3 billion calls from U.S. sources, according to a tally from top-secret documents released by multiple news outlets.

Documents revealing details about the NSA’s Boundless Informant program show that information regarding billions of phone calls and computer communications was collected by the agency from across the world.

Boundless Informant “allows users to select a country on a map and view the meta data volume and select details about the collections against that country,” according to the Guardian, which first reported on the top secret program earlier this year.

Multiple leaked screenshots of the Boundless Informant program show that information on around 124.8 billion phone calls were collected in just 30-days this year, according to documents released by the Guardian and other news sites.

The documents provide a window into the sheer volume of data being collected by the NSA as late as March of this year, according to the Guardian.

Critics of the NSA’s multiple data collection programs, which include PRISM, argue that innocent Americans run the risk of having their personal communications monitored. Its defenders maintain that the program has been a key tool in the fight against terrorism.

It is unlikely that the NSA examined the content of all of these calls, though it seems possible that the security organization could single out any of the snatched calls and other communications.

The sheer extend of the NSA’s data collection effort were compiled from the multiple sources and organized on Wednesday by members of intelligence website Cryptome, which regularly publishes government documents and other information.

Much of the information recorded by the NSA appears to have originated in the greater Middle East.

The majority of the calls monitored by the NSA appeared to have emanated from Pakistan and Afghanistan, where 13.76 billion and 21.98 billion calls were respectively collected over the time period, according to the Boundless Informant “heat map” revealed by the Guardian.

Perhaps the most controversial element of the program is its efforts to collect both phone and computer data from Western nations that have friendly relations with the United States.

Boundless Informant appears to have collected information from hundreds of million calls traced back to Germany in a single 30-day-period, according to documents published by Der Spiegel Online.

Spain accounted for another 61 million and Italy for 46 million, according to the published screenshots and tallies posted to Cryptome.

France’s Le Monde newspaper alleged this week that the NSA recorded more than 70 million phone calls through January of this year. However, U.S. Director of National Intelligence James Clapper immediately rejected the claim.

Another 97 billion bits of information were pulled by the NSA from global computer networks, according to the map and original story by the Guardian.