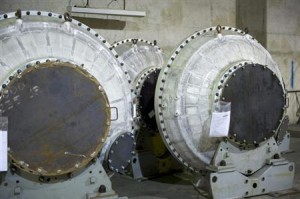 Iran has stopped enriching uranium to 20 percent, a main demand of world powers in talks over Tehran’s disputed nuclear program, a senior Iranian parliamentarian was quoted as saying.

The International Atomic Energy Agency in Vienna, which regularly inspects Iranian nuclear sites, said it had no comment for now.

IAEA inspectors are believed to visit Iran’s enrichment facilities about once a week. Iran enriches uranium to 20 percent fissile concentration at the Fordow underground site and also at a research and development site at Natanz.

Diplomats from member states accredited to the IAEA said they were not aware of any cessation of higher-level enrichment.

Any such development would be a big surprise however, as Western experts believe Iran would want to use its higher-grade enrichment as a bargaining chip to win relief from stringent sanctions which have mangled the Iranian economy.

Iranian MPs have in the past made statements about Iran’s nuclear program that the government later denied.

Hossein Naqavi Hosseini, a senior member of Iran’s parliamentary national security commission, said Tehran had stopped processing uranium to levels above the 5 percent required for civilian power stations only because it already had all the 20-percent enriched fuel it needs for a medical research reactor in the Iranian capital.

“Enrichment over five percent depends on the needs of the country; Iran’s nuclear industry requires 20-percent enrichment for providing the fuel for its Tehran reactor, but this site has its required fuel at the moment and there is no need for further production,” parliament’s website quoted Hosseini as saying on Tuesday.

“Tehran will decide whether to have over 5-percent enrichment or not itself, but the issue of suspension or halt of enrichment activities is meaningless because no production is taking place at the moment,” he said.

Western officials have said Iran must stop enriching uranium to 20 percent, increase the transparency of its nuclear program, reduce its uranium stockpiles and take other steps to reassure the world that it is not seeking nuclear weapons.

While members of parliament’s national security commission are regularly briefed on the nuclear program, they are not directly involved in policy making. The big decisions are made by Supreme Leader Ayatollah Ali Khamenei.

Iran and six world powers – the five permanent members of the U.N. Security Council, plus Germany – emerged from a new round of nuclear negotiations in Geneva last week, saying these had been positive and constructive.

The meeting was the first since Iranian President Hassan Rouhani came to office in August promising to try to resolve the nuclear dispute and win an easing of sanctions.

Follow-up talks will be held in Geneva on November 7-8.

Tehran denies allegations by Western powers that it is seeking the capability to produce nuclear arms.

After enriching uranium to levels of 20 percent, it is a relatively short technical step to increase that to the 90 percent needed for making a nuclear warhead.

Iran’s production and stockpile of 20 percent uranium is closely watched in the West and Israel. The Jewish state, believed to be the only nuclear-armed power in the Middle East, has suggested it could launch military strikes if Iran acquired enough of the material for one bomb.

Iran has so far kept its 20-percent stockpile below that level.