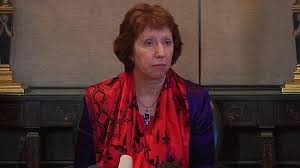 Ashton was speaking at the end of a meeting of EU foreign ministers in the Lithuanian capital Vilnius, where they discussed the situation in Syria and Europe’s response.