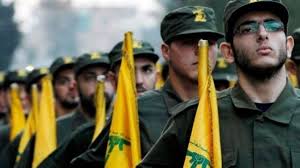 President Barack Obama announced Monday he had extended for at least a year the US freeze on financial assets of entities linked to Hezbollah, citing a threat to Lebanon’s stability.

In a message to Congress, Obama said a “national emergency” with respect to Lebanon made it necessary for him to renew the measure which had been set to expire August 1.

“Certain ongoing activities, such as continuing arms transfers to Hezbollah that include increasingly sophisticated weapons systems, serve to undermine Lebanese sovereignty, contribute to political and economic instability in Lebanon, and continue to constitute an unusual and extraordinary threat to the national security and foreign policy of the United States,” he wrote.

“For this reason, the national emergency declared on August 1, 2007, and the measures adopted on that date to deal with that emergency, must continue in effect beyond August 1, 2013,” Obama added.

The US considers Hezbollah a terror group and accuses Syria and Iran of arming it.