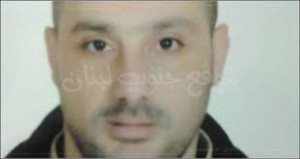 Abu Ali Mahdi , the  Hezbollah commander of one of the brigades of the  of  Abou El Fadl Abbas Ahmed Salum Battalion  was killed  in  Homs Syria, where he has been fighting alongside the forces of the Syrian regime   of  president Bashar al-Assad  against the rebels.

Hezbollah announced his death on Wednesday  and said a funeral will be held for him in the southern Lebanese town of Nabatiyeh, where he will also be buried

In the obituary Hezbollah   stated that   Mahdi  died as a  hero  while on    jihadist duty .