Does ouster of Egypt’s Morsi signal end of ‘political Islam’? 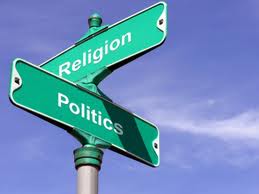 As Egypt faces growing unrest and uncertainty in the wake of President Mohammed Morsi’s ouster, many wonder what’s next for Middle Eastern leaders, especially Islamists dealing with their own grumbling — or worse — at home.

For Middle East leaders, the Egyptian military’s toppling of Morsi is either a welcome development, a bad omen or a lesson to learn, depending on whether they are secular rulers or Islamists.

“What has happened in Egypt in the last year has damaged the Islamist brand, and it’s not just about Egypt, it’s about the entire world,” said Fawaz Gerges, head of the Middle East center at the London School of Economics.

Syrian President Bashar Assad, who runs a largely secular government and whose own forces are fighting rebels allied to the Muslim Brotherhood, has been almost giddy, pronouncing Morsi’s downfall as the end of “political Islam.” By contrast, Islamist Turkish Prime Minister Recep Tayyip Erdogan, who has faced massive protests at home for pushing for a more religious society, has unequivocally condemned the “coup,” and Tunisian leaders are watching the unfolding turmoil with deep concern.

Gerges said it’s too early to write an obituary for political Islam since Morsi’s downfall had much to do with inheriting a country in deep economic crisis that was plagued by decades of corruption and mismanagement.

In a statement Saturday, the White House said President Obama was concerned over the “continued political polarization” and called for calm during Egypt’s “transitional period.”

Emiliano Alessandri, an analyst with the German Marshall Fund of the United States in Washington, warned that Western hedging in the face of the Egyptian crisis will hurt democracy’s image in Middle Eastern countries.

“The about-face of Western diplomacies with Morsi will send a negative message to a lot of other Muslim groups and ordinary Muslims, confirming the impression of a prejudice against political Islam,” he said.

Events in Egypt are being closely watched in Tunisia — the birthplace of the 2011 Arab Spring — as secularists chafe under the rule of a popularly elected Islamist-led government.

In February, main secular opposition leader Chokri Belaid was gunned down by suspected extremists after increasingly violent sparring by the Islamist-led government and the opposition. The murder sparked days of protests before the prime minister announced he would dissolve the government for the sake of the country — a move his party opposed — and appoint non-partisan ministers.

Like Egypt, Tunisia has seen a split in society after the revolution in 2011. The Ennahdha movement, which won elections later that year, is accused of power grabs and of imposing Islamist ideals in what was the Muslim world’s most liberal society, while failing to fix an economy in deep crisis.

“What is happening in Egypt is followed closely in Tunisia because both countries are in a similar transition period,” said Sara Ben Hamadi, 28, a Tunisian blogger in Tunis. “Although the situation in Tunisia is different with an army that has always stayed out of the political game, it is necessary to learn from it: The Islamists won the elections but failed while at power.”

Though the biggest Tunisian opposition party hailed Morsi’s overthrow, calling for the same in Tunisia and a new technocratic government to finish writing the country’s constitution, Tunisian Prime Minister Ali Larayedh vowed Saturday that his government would embrace “consensus and partnership” to avoid a political meltdown similar to Egypt’s.

“The possibility of an Egypt scenario is unlikely in Tunisia because I have great confidence in the awareness of Tunisians and their ability to measure the potential of their country,” Larayedh told broadcaster France 24.

Prime Minister Recep Tayyip Erdogan has called for Morsi’s immediate release from house arrest and reinstatement as elected leader. Erdogan has condemned statements from Western governments that have carefully avoided labeling the military intervention a “coup,” a move he calls a “double standard.”

“I am surprised by the West,” Erdogan said Saturday. “They can’t say this was a coup. What happened to their democratic ideals?”

Turkish cities have hosted pro-Morsi rallies: After Friday prayers at an 18th-century mosque in central Istanbul, hundreds marched carrying pictures of Morsi, as well as Turkish and Egyptian flags.

Among the marchers was Egyptian tourist Ahmed Laysee, 35, of Cairo who said he supported Morsi and applauded the Turkish stance.

“Both of the two governments are Islamist — Erdogan and Morsi have the same background — an Islamic background,” Laysee said. He predicted Egyptians loyal to the deposed president would sweep him back into power despite the dangers ahead. “I’m afraid of more violence. But freedom deserves some blood, you know?”

Erdogan’s own Islamist-rooted political party has faced public protests for more than a month. His decade-long rule has been focused on curtailing the power of Turkey’s military which forced the removal of four elected governments from 1960 to 1997.

As civil war rages in Syria, members of the divided political opposition wonder if Syria’s own branch of the Muslim Brotherhood will learn from Egypt’s example.

Members and allies of the Syrian Muslim Brotherhood have dominated the main opposition coalition since its inception. They draw different lessons — either Morsi alienated many in Egyptian society which caused his downfall, or he didn’t go far enough to consolidate power and rein in his own generals.

“Morsi and his colleagues believed that putting others aside and forbidding their participation in political life would ensure eternal rule for the Brotherhood,” said Abd al-Razak Eid, 63, a veteran of Syrian opposition politics who sought asylum in France. “This is the mentality of dictators. The question on the table is can the Syrian Muslim Brotherhood learn from Egypt?”