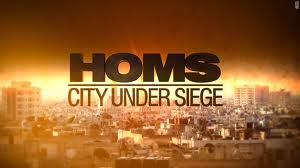 Beirut, Lebanon – Syria’s main opposition bloc on Friday urged the international community to take action to protect civilians in the cities of Homs and Daraa that have been targeted by military as part of a government campaign to regain control of the territory it lost to the opposition.

The appeal comes as opposition figures meet in Turkey to elect a new leadership, including an interim government that would try to run rebel-held territories in Syria.

The Syrian National Coalition appealed to the United Nations and Western countries that have supported the opposition in Syria’s civil war “to intervene immediately” and provide food and medicine to the besieged, rebel-held areas of the central city of Homs and Daraa in the south, where the uprising against President Bashar Assad’s rule began in March 2011.

More than 93,000 people have been killed in the conflict that began as peaceful protests but turned into an armed revolt after opposition supporters took up arms to fight a brutal government crackdown.

The government controls much of Homs, Syria’s third largest city, while several neighborhoods in the center are opposition strongholds. Building on its capture of the strategic town of Qusair between the Lebanese border and Homs, the army launched an offensive in the city on Saturday, pounding rebel positions with artillery and airstrikes for five straight days, according to the SNC.

In a statement, the SNC said clashes between rebels and troops flared up again in Friday morning, along with shelling of residential areas of Sheik Miskeen and Jassim in Daraa.

“The areas under attack in Homs have been cut off from the rest of the world and suffer from an urgent shortage of medicine and food,” the SNC said, appealing to its Western backers to support rebel units and provide them with more sophisticated weapons.

In Damascus, Syria’s state-run SANA news agency said that three people were injured in an overnight mortar attack in the capital’s Dweilaa region.

In recent months, rebels fighting in the north have received more powerful weaponry, including anti-tank missiles and surface-to-air missiles, likely supplied by Qatar and Saudi Arabia. The U.S., which has provided opposition fighters with non-lethal aid, said recently it was willing to supply them with arms, but has been reluctant to do so for fear they could end up in the hands of radical Islamic groups that have been the most effective fighting force on the opposition’s side.

The Western-backed opposition coalition is primarily composed of exiled politicians with little apparent support from Syrians inside the country, who are trying to survive the third summer of devastating conflict.

SNC acting leader George Sabra and senior opposition figures Louay Safi and Mustafa Sabbagh top the list of candidates for the new leadership that is expected to emerge from the coalition’s two-day meeting in Istanbul. However, its members remain deeply divided and previous attempts to unite its ranks and devise a strategy for possible peace talks that the U.S. and Russia have been trying to convene in Geneva this summer have failed.

In Rome, United Nation’s food agencies said that Syria’s food security situation has significantly deteriorated over the past year, leaving at least 4 million Syrians unable to produce or buy food to survive.

With fighting well in its third year, “crop and livestock production, food availability and access to food have all taken an increasingly heavy toll,” according to a report by the Food and Agriculture Organization (FAO) and the World Food Program (WFP). Their experts visited Syria in May and June.

“There is a limited window of opportunity to ensure crisis-affected families do not lose vital sources of food and income,” the two U.N. organizations said, and Syria needs to import about 1.5 million tons of wheat for the current season.

The livestock sector “has been seriously depleted by the conflict,” the report said, saying that poultry production is down over 50 percent compared with 2011, while sheep and cattle numbers have also significantly declined.”