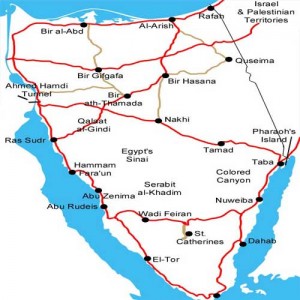 Egypt’s army announced a state of emergency in the provinces of South Sinai and Suez on Friday after Islamist gunmen attacked an airport in the Sinai town of El Arish, state newspaper Al-Ahram reported.

The report quoted the commander of the Third Field Army Osama Asakar saying that the “state of readiness” had been raised to its highest level in the two provinces due to the attack.

The attack, the latest of a string of security incidents in the lawless region, came two days after the overthrow of Islamist President Mohamed Mursi. It was not clear if the attacks were coordinated and in reaction to his removal.