Russia evacuated its military personnel from its base in Syria 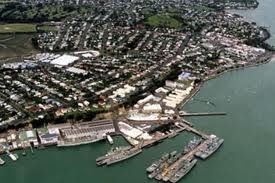 Russia currently has no Defence Ministry personnel in Syria, the Vedomosti newspaper reported on Wednesday, indicating Moscow has withdrawn staff from its naval facility in the Mediterranean port of Tartous and may have stopped using it.

If accurate, the report could indicate Russia was concerned about the danger to its workers posed by the rebellion against Moscow’s ally Syrian President Bashar al-Assad, analysts said.

Vedomosti cited an unidentified Defence Ministry source as saying there were no servicemen or civilian personnel in Tartous, and no Russian military advisers with Syrian government units.

“Currently, there is no one in Syria from the Russian Defence Ministry,” Al-Hayat quoted Bogdanov as saying.

Russia’s modest maintenance and supply facility at Tartous is its only naval base outside the former Soviet Union, and has given Russia a foothold in Syria during the conflict.

President Vladimir Putin has flexed Russia’s muscle near Syria’s shores, ordering a naval unit to be deployed in the Mediterranean Sea for the first time since the 1991 Soviet collapse.

But Alexander Golts, a Moscow-based military analyst, said withdrawing the personnel from Tartous would be a “very reasonable move” to protect staff.

If a Russian military technician was taken hostage, for instance, “Russia would have a big problem that it would be difficult to solve,” he told Reuters

Golts said there had been about 100 military technicians at Tartous to serve ships that stopped there for supplies and minor maintenance, but that they could have been withdrawn earlier this year when naval exercises were conducted in the area.

There has been speculation Russia has used the facility as a transit point for shipments of weapons and ammunition to Assad’s forces. Russia has said its weapons supplies to Assad’s government are legal and mostly defensive.

Russia has shielded Assad during the conflict, blocking Western-backed U.N. Security Council resolutions meant to push him from power or pressure him to end the bloodshed.