The Syrian Chess Board: Behind the Game Played by Russia, Israel, the U.S. and Other Powers

by yalibnan
1037
Diplomacy is running full bore in the Syrian conflict, and even as horrors multiply on the battlefield, a good portion of the war is also being carried out in words
Share: 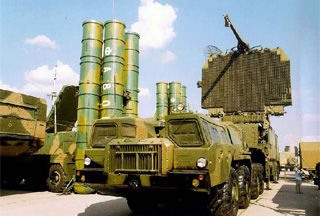 The umbrella group representing Syria‘s rebellion on the world stage announced on Thursday that they would not attend peace talks proposed to take place in Geneva during June, a flat rejection that might appear to sideline the role of diplomacy in the civil war. But diplomacy is running full bore in the Syrian conflict, and even as horrors multiply on the battlefield, a good portion of the war is also being carried out in words. The best evidence might be the statements that overshadowed the rebels’ declaration in the same news cycle: President Bashar Assad hinted in a television interview that Russia has already delivered some components of an anti-aircraft battery known as S-300.

Assad’s remarks amounted to what was originally dubbed “CNN diplomacy,” the use of satellite television to deliver a message. The term is no longer in use, in part because it has become the norm and in part because there are so many alternatives to CNN. In this case, the medium was a significant part of the message: The embattled Syrian President spoke with Al Manar, the satellite channel run by Hezbollah, the Lebanon-based militia Syria supports alongside the Islamic Republic of Iran, whose Press TV propaganda arm elucidated some of the finer points of the sit-down. Military commanders like to quote Carl von Clausewitz’s dictum that war is the extension of politics by other means. But you never hear diplomats reference Mary Poppins on the relevant criteria for the perfect nanny: “Play games. All sorts.” Consider some of the diplomatic games engendered by the Syrian conflict: 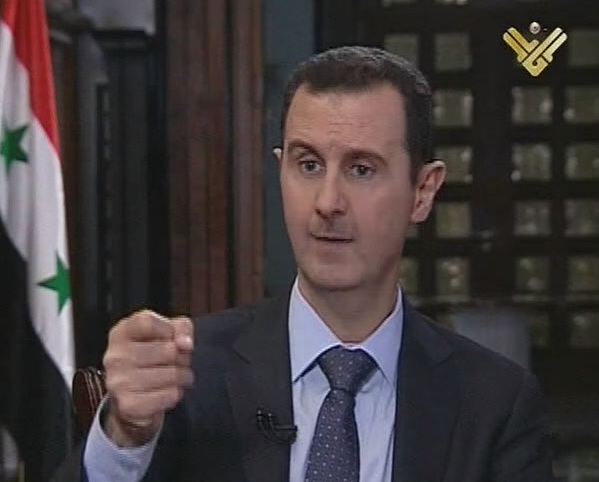 Sabre rattling. The S-300 is an impressive threat to enemy warplanes. When Russia made a deal to sell the system to Iran, the Pentagon was so unsettled by its implications for U.S. airpower that Washington pressured Moscow for years to renege on the deal, which it finally did in 2010, under cover of international sanctions aimed at Tehran’s nuclear program. Russia’s promise to deliver the same system to Syria means almost nothing in terms of the conduct of the civil war itself: The rebels have no planes.

But Israel does, and if the S-300s are delivered, “We will know what to do,” Israeli defense minister Moshe “Bogie” Ya’alon said this week. The implication was clear, given Israel’s recent track record: Three times in the last four months, Israeli F-16s have struck inside Syria, taking out precisely the kind of advanced weapons systems that the S-300 is counted among. These attacks were meant to be discreet, and aimed only at preventing the transfer of those weapons to Hezbollah, a formidable proxy military force Iran helped form to battle Israel. Publicly and reportedly through back channels as well, the Israelis emphasize that their quarrel is not with Assad, whose demise many inside Israel see as a positive development (because it would also greatly degrade Hezbollah, and by extension Iran, both of which sent fighters to help Assad). A second school of thought in Israel values Assad as “the devil we know,” a largely predictable and risk-averse enemy who now could be supplanted by a coterie of jihadist rebels, some of whom are formally allied with al-Qaeda.

“Israel did not intend to interfere, and these alleged strikes had very little to do with the rebellion that’s taking place in Syria,” says Yiftah Shappir, director of the Military Balance Project at the Institute for National Security Studies, a Tel Aviv think tank heavily staffed by retirees from Israel’s security services. “Israel is not intervening in favor or one side or the other.”

That’s the strong official line. After Ya’alon’s veiled threat, Israeli Prime Minister Benjamin Netanyahu ordered government officials to keep mum about Syria. By then, the commander of his air force had already warned in an open forum that, should Assad fall, Israel is poised to mount massive operations aimed at immediately destroying the chemical, biological and advanced weapons systems held by Syria’s military. The alternative – the weapons disappearing into the stateless world of al-Qaeda and other terror configurations – more than justifies the risk Israel would undertake in involving itself in the fighting, said Maj. Gen. Amir Eshel. “We may find ourselves having to take action, on a very broad scale, within a very short period of time,” Eshel said.

Facebook Diplomacy. Netanyahu made the same point on the premier social media site in March, by way of justifying his government’s decision to patch up relations with Turkey: “It’s important that Turkey and Israel, which both share a border with Syria, are able to communicate with each other and this is also relevant to other regional challenges….Syria is crumbling, and its massive stockpiles of advanced weapons are starting to fall into the hands of various elements. What we fear most is that terrorist groups will get their hands on chemical weapons.”

Preventive diplomacy. The most concrete evidence that Israel wants to stay out of Syria’s civil war is its repeated glossing of incidents on that shared border, which still exists as a military front from wars decades past. One day late last month, an Israeli foot patrol from the Golani Brigade’s reconnaissance battalion entered no-man’s land between the two fronts, was spotted by Syrian regulars, and found themselves pinned down as the Syrians walked mortar fire toward them. Then, before other Israeli forces could rescue them, Syrian soldiers were spotted heading their way on foot, a sight that prompted Israeli commanders to launch fire that destroyed the Syrian position. Like an earlier episode when an Israeli Defense Force jeep took fire from the Syrian side, Israeli officials blandly suggested the problem may have been “stray fire.”

Gunboat diplomacy. A dozen Russian warships moved into Syrian waters near the base at Tartous, where Syria and Russia operate a joint naval base, Russia’s only warm-water facility. In a throwback to the Cold War, the deployment signaled solidarity with Assad and an implicit warning to those powers – the U.S., the EU, Turkey and other Sunni states aligned with the rebels, chiefly Saudi Arabia and Qatar – that Moscow will defend its stake it has maintained over generations in Syria, its one Middle East interest.

The vessels would not be expected to figure in the fighting – though they presumably carry intelligence-gathering capabilities. Their presence is chiefly symbolic. And actually, so is the flap over the S-300, according to Shapir, the Israeli defense analyst. The system, while formidable, is so complex that it could not be assembled inside of six months. Then there’s the challenge of training Syrians to use it.

As an alternative, Russia could send its own operators, an option that Israel would find far less threatening. “By the way,” Shapir says, “it would be seen by the Russians as a counterbalance to six [NATO] Patriot batteries now in Turkey, on the Syrian border. Operated by the Americans, Germans and Dutch. And of course if Russia sends in Russian units with Russian soldiers, Israel would not attack.”

In any event, the latest word out of Russia is that the S-300s will not be delivered to Syria for another year, at least. So what was all the fuss about? “The announcement about the transfer, I think, is a Russian game, “ Shapir says. “It’s a Russian game meant to make clear to the whole world that they have a strong interest in Syria, and they should not be ignored.”

Originally published in Time World on May 31, 2013