Lebanon will most likely opt for parliament term extension 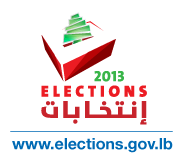 Despite the fact that the caretaker Cabinet of outgoing PM Najib Mikati decided Monday to hold the parliamentary polls on June 16 under the controversial 1960 and formed an election supervisory committee , Lebanon will most likely opt for a parliament term extension, according to media reports.

Following a meeting with U.S. Ambassador to Lebanon Maura Connelly on Monday , PSP leader MP Walid Jumblatt ruled out the idea of holding an election at this time in Lebanon and said that extending the mandate of the parliament is the right thing to do due to the tension in the country . He told As Safir ” There is no way we can hold the elections now specially because the Lebanese army has been under attack.”

Speaker Nabih Berri was quoted as saying Sunday that he would convene Parliament’s general assembly later this week before May 31 to decide on the extension of Parliament’s term.

Support for the extension of Parliament’s mandate has been growing since the rival camps of March 8 and March 14 have failed following several rounds of talks to agree on a new electoral law to replace the 1960 law, which is based on a winner-takes-all majoritarian system.

The extension of Parliament’s term has also been deemed essential by a majority of parliamentary blocs given the deteriorating security situation in the northern city of Tripoli, which has been rocked by deadly clashes since May 19 between supporters and opponents of Syrian President Bashar Assad that have left dozens of people dead and over 200 wounded.

Also, the tension in the southern city of Sidon and Sunday’s rocket attack in Beirut’s southern suburbs have heightened security concerns in the country, casting doubts about holding the elections on time.

Add to that the fact that PM Designate Tammam Salam has not yet been able to form the cabinet that is supposed to supervise the elections.

Even Mikati hinted yesterday that the country is heading for a parliament extension.

“We will go ahead with the 1960 law and the [election] supervisory committee. But frankly, there are efforts to extend [Parliament’s term] due to extraordinary circumstances,” Mikati told reporters after the Cabinet session chaired by President Michel Suleiman at Baabda Palace.

Mikati said discussions in the cabinet centered on the legal aspects for holding the elections according to the law in effect, referring to the 1960 law, which has been rejected by officials on both sides of the political divide, including the Maronite Church.

“We had wished that the electoral law was different and more just, but reality demands that we fulfill our duties to comply with the law in effect,” he said.

The Maronite Church and Dar al-Fatwa (the seat of the Sunni grand mufti) voiced opposition to the extension of Parliament’s mandate and called for the elections to be held based on a new vote law.

In a statement issued after their monthly meeting in Bkirki chaired by Patriarch Rai, the Council of Maronite Bishops underlined the need for reaching “an electoral law tailored to serve the country, rather than the individual interests of [parliamentary] blocs.”

A new electoral law must respect “the current diversity in the Lebanese society through ensuring true representation to all its components, achieving justice and equality, implementing the Lebanese Constitution which guarantees equal power sharing, strengthens [sectarian] coexistence and stipulates that elections should be held at its constitutional deadline,” the bishops said.

“The bishops demand that any extension of Parliament’s mandate should not be approved or a date for the elections should not be set before this Parliament acts to endorse a new electoral law,” the statement said.

Grand Mufti Sheikh Mohammad Rashid Qabbani also urged the lawmakers to agree on a new vote law for the June elections, while saying he opposed an extension of Parliament’s mandate.

“It is essential for a new electoral law to be endorsed that will serve as a bridge for a political transition from our current situation to a change that can achieve good for Lebanon and the Lebanese,” Qabbani told a news conference held at Dar al-Fatwa. “At the very least, such a new law would constitute a real promising step to the aspired change in the political reality.”

Qabbani urged Berri to hold a Parliament session to vote on a new electoral law and not to return to the 1960 system.

He also opposed extending Parliament’s term, warning that such a step “would only worsen the political crisis in the country.”

“It is not permissible to extend the term of the current Parliament just because the parties did not reach an agreement on how to share the parliamentary seats in the next stage,” Qabbani said.

The Phalange Party urged its allies and political parties that are keen on national partnership to refrain from running in the elections under the 1960 law, according to a statement issued after a meeting of the party’s political bureau. It said rejection of the 1960 law would create a new momentum to draft a fair election law.