Brahimi hails US-Russia accord on Syria as hopeful news 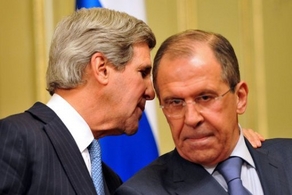 UN-Arab League peace envoy Lakhdar Brahimi on Wednesday hailed a US-Russia accord to push both sides fighting in the Syrian conflict to end the bloodshed, but cautioned that it was “only a first step”.

The US-Russia agreement came after lengthy talks in Moscow between US Secretary of State John Kerry, Russian President Vladimir Putin and his Foreign Minister Sergei Lavrov.

“This is the first hopeful news concerning that unhappy country in a very long time,” Brahimi said of Syria in a statement.

“The statements made in Moscow constitute a very significant first step forward. It is nevertheless only a first step,” said the veteran Algerian diplomat who an aide said has been mulling resignation over the apparent absence of a political track to resolve the brutal civil war.

“There is every reason to expect” backing for the accord from the remaining UN Security Council permanent members, his statement said.

“It is equally important that the entire region mobilises in the support of the process,” it added.

Kerry and Lavrov announced the agreement at a Moscow news conference.

“We agreed that Russia and the United States will encourage both the Syria government and opposition groups to find a political solution,” Lavrov said.

He said both nations were ready to use all their resources to bring “the government and opposition to the negotiating table”.

Lavrov and Kerry said they hoped they could convene an international conference by the end of May to build on the Geneva accord agreed by world powers last June for a peaceful solution in Syria.

The Geneva agreement, which was never implemented, set out a path towards a transitional government but without spelling out the fate of President Bashar al-Assad.

The six-point accord — negotiated by previous UN-Arab League envoy to Syria Kofi Annan — “should be the road map… by which the people of Syria can find their way to the new Syria and in which the bloodshed, the killing, the massacres can end”, Kerry said.

He said only the Syrian regime and the opposition can determine the make-up of a transitional government to shepherd the war-torn nation towards democratic elections.

“It’s impossible for me as an individual to understand how Syria could possibly be governed in the future by the man who has committed the things that we know have taken place,” Kerry said.

Kerry gets a warm welcome in Moscow 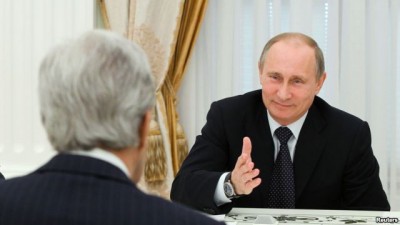 After 18 months of chilly relations with Washington, the Kremlin gave a warm welcome Tuesday to U.S. Secretary of State John Kerry.

Signaling a clear change in tone, President Putin was filmed for national television welcoming the new American Secretary of State. “I think it is very important that our key ministries and agencies, including the foreign ministry, cooperate in finding solutions for the most topical and relevant issues of today’s world,” the Russian President told Kerry, who was joined by U.S. Ambassador to Russia Michael McFaul.

Only a year ago, Putin was charging that the State Department, and McFaul in particular, were encouraging street demonstrations against him. Then the Kremlin unilaterally ended a series of American programs here, dragging relations between Washington and the Kremlin to their lowest point since the Cold War.

Putin said he looked forward to meeting with President Obama next month on the sidelines of the G-8 summit in Northern Ireland. Then, in a rare move for this protocol conscious country, the Russian President held an hour long meeting with Kerry, who is the equivalent of a Foreign Minister.

Kerry stressed other areas where the U.S. and Russia now work together, ranging from Start 2, WTO, Iran, North Korea and Afghanistan.