At least 3 killed in Italy after ship crashes into port 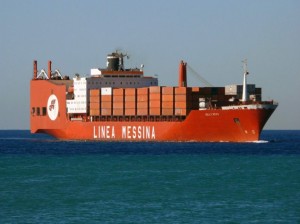 At least three people were killed and six injured when a container ship rammed a control tower in the northern Italian port city of Genoa late on Tuesday, harbour officials quoted on local television said.

Seven people were also reported missing after the accident.

“It is a terrible tragedy,” the head of the Genoa Port Authority Luigi Merlo told local Genoa television station Primocanale. “At the moment there is no explanation for the accident.”

The huge control tower, which reports said was more than 50 metres (160 feet) high, was destroyed by the impact.

The accident happened just as staff were changing shifts, meaning more people than normal were in the tower.

Three people were believed to have been trapped in the lift of the control tower and may have fallen into the sea.

Television pictures showed the area around the crash lit up by floodlights as rescue services searched the water near the tower for survivors or bodies.

The incident occurred at around 11 p.m. (2100 GMT) in calm conditions as the ship, the Jolly Nero, owned by a local fleet operator Ignazio Messina and Co, was manoeuvring out of the port with the assistance of tugboats, under the control of two pilots.

“A thing like this has never happened, we are devastated,” said Stefano Messina, one of the directors of the family-owned company, who spoke in tears near the crash site.

The Jolly Nero is a 238-metre-long (781-foot-long) container ship with a gross tonnage of 40,594 tonnes, according to the company’s website.

Prosecutors boarded the vessel and have opened an investigation into the accident, according to Il Secolo XIX.