Ali accuses Lebanon of facilitating entry of radicals into Syria 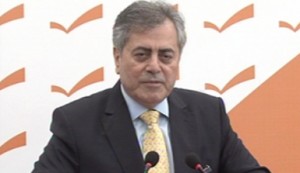 “Lebanon has opened the door to armed men from Al-Nusra Front, the Free Syrian Army and Al-Qaeda,” Ali said in remarks made to OTV on Saturday.

He also accused Qatar, Turkey, the US and Israel of providing support to Al-Nusra Front and all the “Takfiri groups”

The Syrian envoy claimed that it is his country that is being subject to violations from Lebanon, “not the other way around.”

The Lebanese-Syrian border continues to witness numerous violations. Syrian troops have conducted a number of incursions into Lebanese territory, some of which have resulted in fatalities. Syrian armed forces have also been accused of kidnapping Lebanese nationals along the border.