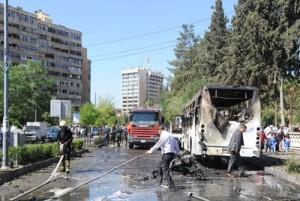 The blast in Mazzeh district targeted Mr Halaqi’s convoy, state television said. There are reported to be a number of casualties.