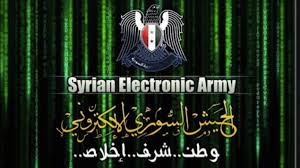 The Guardian has come under a cyber-attack from Syrian hackers who have targeted a series of western media organisations in an apparent effort to cause disruption and spread support for President Bashar al-Assad’s regime.

The Syrian Electronic Army (SEA) claimed responsibility for the weekend Twitter attack on the Guardian, having previously targeted the BBC, France 24 TV, the Canadian Broadcasting Corporation and National Public Radio in the United States. Other recent victims have included the broadcaster al-Jazeera, the government of Qatar, and Sepp Blatter, the president of football’s governing body Fifa, whose Twitter account was hacked.

Last week the SEA successfully attacked the Associated Press news agency, whose Twitter account was temporarily breached, allowing the group to send bogus messages which wreaked havoc on stock exchanges. The hackers tweeted that President Obama had been injured in a bomb attack at the White House, causing a temporary 143-point drop on the Dow Jones industrial average.

Cybersecurity experts say the SEA attacks are designed to disrupt and embarrass, and the group will likely target any site that might give it an opportunity to spread propaganda for Assad.

Analysts and western intelligence agencies are increasingly sure the SEA, which emerged two years ago, is essentially a proxy for an administration that has been widely condemned over its brutal efforts to quell an internal uprising.

Though many of the SEA’s victims appear to have been chosen randomly, the group appears to have prioritised western media organisations in recent weeks.

“The aim of the SEA is to generate publicity,” said one analyst. Last month the SEA hacked into the Twitter accounts associated with BBC weather, BBC Arabic Online and BBC Radio Ulster accounts.

Nine bogus tweets were broadcast in an hour, including some with anti-Israeli sentiments, and others saying “Long Live Syria”, and the “Syrian Electronic Army Was Here”.

Guardian journalists have reported from inside Syria over the last two years, highlighting the terrible toll the civil war has had on the country’s people, and atrocities blamed on the regime as it attempts to quell a rebellion. It also published a number of leaked emails from the Assads and their inner circle.

Hours after the cyber-attack began, the SEA said it has targeted the Guardian for spreading “lies and slander about Syria” and said it was in a “state of war with the security team of Twitter”.

The Guardian first recognised it was being targeted over the weekend when spoof emails were sent to staff encouraging them to click on links that could compromise some of the company’s email and social media accounts. Later, several of the Guardian’s Twitter feeds – including GuardianBooks, GuardianTravel and guardianfilm – were broken into.

The technique is regarded as a classic, if crude, “phishing” attack – where individuals are tricked into giving away details that might allow hackers to gain access to sensitive information or allow them to control systems such as Twitter feeds.

The attack was quickly identified and is in the process of being dealt with. The Guardian has since discovered the attack originated from Internet Protocol (IP) addresses within Syria.

Makhlouf pays the pro-regime hackers for their activities, and they typically earn $500-$1,000 for a successful attack. They also get free accommodation and food. Sometimes Syrian government officials tell the SEA which western sites to hack; on other occasions the SEA selects its own targets.

A Guardian News & Media spokesperson said on Monday: “We are aware that a number of Guardian Twitter accounts have been compromised and we are working actively to resolve this.”