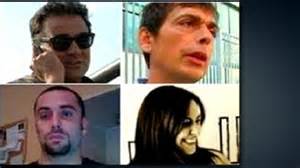 Four Italian journalists who had been held hostage in Syria for nearly two weeks have been released, say officials in Italy.

The three men and a woman were filming a documentary for Italy’s Rai television in northern Syria when they were seized on around 4 April.

No official details have been given on who was holding them and where or why they were released.

The journalists have not been officially named, but have been identified in the Italian media as Rai journalist Amedeo Ricucci, freelancers Elio Colavolpe and Andrea Vignali and Italian-Syrian reporter Susan Dabbous.

Ansa quoted Mr Ricucci as saying they had been held by an Islamist rebel group which thought they were spies.

He said they were treated well but that being held captive had been “psychological torture”.

In a statement, Italy’s Prime Minister Mario Monti thanked all those who had “enabled a positive outcome of this affair, which was made all the more complicated by the extreme danger of the situation”.

Syria is ranked as the most dangerous country in the world for reporters by the campaign group Committee to Protect Journalists.

It says 28 journalists were killed in fighting there in 2012 and at least 21 abducted.

All sides in the conflict have been accused of attacks on journalists.