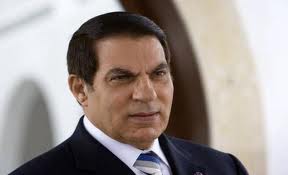 The office of Tunisian President Moncef Marzouki said Thursday that Lebanon has returned to Tunisia 28.8 million dollars stashed away there by the family of Zine El Abidine Ben Ali.

Bin Ali was overthrown in January 2011 by the Tunisian people in their uprising against his dictatorship regime.

Tunisian authorities revealed that the funds in the Lebanon bank account were in the name of Leila Trabelsi, Ben Ali’s wife.

Marzouki said in a recent interview on a visit to Qatar that the Ben Alis, Trabelsis and other former regime officials had diverted between 15 billion and 50 billion dollars during the ousted dictator’s 23-year rule. A possible reference to Bin Ali’s brother-in-law Belhassen Trabelsi , who is being sought to face justice in Tunisia and who has asked Canada for political asylum.

Bin Ali and his wife fled to Saudi Arabia on Jan 14, 2011 and they reportedly still live there.

Lebanon is reportedly the first country to return the funds to the new Tunisian government, more than two years after the Tunisian revolution.