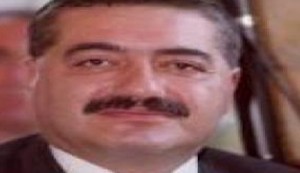 Former MP Yegya Gergyan has been missing since Wednesday evening after he phoned his wife to tell her he was heading home from his office in Achrafieh, National News Agency reported on Thursday .

His mobile phone has reportedly been disconnected.

His wife reported his disappearance the security forces

UPDATE: Gergyan is the vice president of the Social Democrat Hunchakian Party or ” Henchag”