Syrian opposition gets the embassy in Qatar 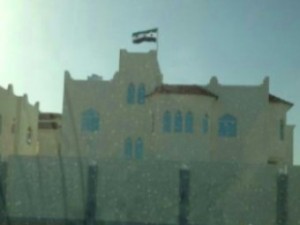 The Syrian National Coalition which has been recognized by the Arab League as the sole representative for Syria, was handed the Syrian embassy in Doha on Wednesday.

In the presence of Arab and Western ambassadors, the president of Syrian National Coalition, Moaz Alkhatib and Khalid al-Atiyah, Qatari state minister for foreign affairs, cut the ribbon at the entrance to the embassy.

The SNC named Nizar al-Haraki as its ambassador to Qatar.

Qatar was the driving force behind the formation of oppositional SNC and was among the first countries to recognize the group as “legitimate” representatives of the Syrian people.