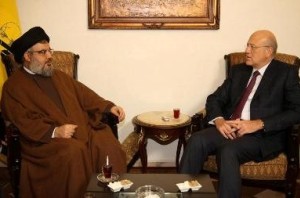 Lebanese Prime Minister Najib Mikati surprised very few when he resigned on Friday, causing the technocratic government that he created with Hezbollah’s blessing two years ago to collapse. This final chapter of Mikati’s tenure seemed to be written well before he took the post in January 2011. Mikati, a prominent Sunni politician and millionaire businessman with international contacts, knew very well that Hezbollah, which effectively controls Lebanon’s government, would make life very difficult for him. Nevertheless, he accepted the challenge, perhaps naively believing that he could do something that no politician has been able to do since former prime minister Rafiq Hariri was killed on February 14, 2005: bring stability and normalcy to a country seemingly always on the verge of sectarian strife. In the end, though, he could not.

To fulfill his ambitious plan, Mikati sought to create a moderate center in Lebanese politics that could mediate the ongoing feud between Hezbollah, the party accused of killing Hariri, and Saad Hariri, the son of Rafiq and prime minister between 2009 and 2011. He convinced Michel Suleiman, the serving president, and Walid Jumblatt, the influential Druze leader, to join his coalition. Then, for added credibility, Mikati sought political backing from regional powers, such as Qatar and Saudi Arabia. Even Iran and the United States, which had been fighting a cold war in the Middle East (often through proxies on Lebanese soil), gave their blessings to Mikati’s plan.

For its part, Hezbollah, the dominant party in Lebanon’s politics since Rafiq Hariri’s assassination and Syria’s forced exit shortly afterward, judged that it could afford having Mikati in charge of the cabinet as long as he did not cross any red lines that threatened Hezbollah’s security. To be sure, the Shia party kept putting Mikati in some very uncomfortable positions. First, in 2011, Hezbollah’s leaders rejected calls for Lebanon to support the United Nations’ special tribunal on the assassination of Rafiq Hariri. Mikati threatened to resign if Hezbollah kept obstructing. Grumbling, Hezbollah decided to cut its losses and agree to cooperate, despite the fact that the international body was about to implicate the group in Hariri’s murder.

Second came the assassination in October 2012 of Wissam al-Hassan, the director of the intelligence branch of Lebanon’s internal security forces (the Hariri camp believes that Hezbollah and Syria are behind the killing). With ties to the Hariri family and Saudi Arabia, he was a major Sunni figure in Lebanon’s sectarian politics. He was, in effect, the country’s intelligence tsar, the man who knew the state’s most intimate secrets. Supposedly, one of those secrets was evidence of a spate of assassinations of anti-Syrian individuals by Hezbollah, starting with Rafiq Hariri in 2005. And that knowledge had made him a target. The political shock and (limited) sectarian violence that followed Hassan’s death made Mikati think seriously about resigning — he even informed the cabinet of his decision to quit. But Qatar, Saudi Arabia, and the United States counseled Mikati to soldier on for the sake of Lebanon’s stability. So he did, but the political costs for him of governing above an unpopular Hezbollah-controlled government were starting to pile up. Among his main support base, which is Sunni, he was losing ground. 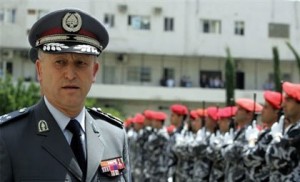 Hezbollah threw a third wrench into the works this year, when it announced its opposition to extending the term of Ashraf Rifi, the general director of the internal security forces, and to the creation of an oversight body for the upcoming parliamentary elections, scheduled for June of this year. Rifi, who is loyal to Hariri, is due to retire early next month, and Hezbollah cannot wait to see him go. Of course, for Hezbollah, this has less to do with Rifi than with the ongoing battle between Hezbollah and Hariri (and their regional patrons) over the control of Lebanon’s security and intelligence agencies. Hezbollah controls state security and has influence over the military intelligence services. Hariri still commands the loyalty of the internal security services, especially its intelligence branch, which now employs more than 2,300 officers. If Rifi goes, Hezbollah is hoping, it will be able to replace him with one of their own, thus placing all of the country’s strategic levers of power in its own hands.

But Hezbollah is misreading its own position. For one, Hezbollah is on the verge of losing one major regional ally if Bashar al-Assad goes in Syria. Further, a confrontation between Iran and Israel and the United States over the nuclear issue could spell doom for the Shia party. In that respect, it does make some sense for Hezbollah to try to fortify its position in Lebanon by eliminating its opponents. But what the party seems to have neglected is that it can never rule Lebanon alone or with an iron fist, given the country’s sectarian makeup and its inbuilt and enduring checks and balances — nor can any other party, for that matter. The Christian Maronites tried to govern alone in the past, for example, but the attempt led to a 15-year civil war. Hezbollah might be attempting the same now, but it is losing public support as it does so.

For Hezbollah, a more intelligent, though admittedly counterintuitive, play would be to bring Hariri back to government and extend Rifi’s term. This would kill several birds with one stone. With Hariri back, Hezbollah could start the long-term process of reconciling with the Sunnis and nip the spread of Salafism in Lebanon. With those concerns out of the way, it could concentrate more on its first-order priority: resistance of and preparation for possible war with Israel.

Yet such maneuvering does not seem in the offing. When Mikati threatened to resign this month, this time over Rifi, Hezbollah essentially called his bluff. In addition, although Hezbollah has become more independent from Syria and Iran over the years, it still has to consult with them on certain critical decisions such as sanctioning Hariri’s return. Although Tehran might entertain such a scenario because it would not really hurt Iranian interests in Lebanon, Damascus would categorically reject it, since it sees Hariri as being in the same league as the rebels in its own country.

For now, then, Hezbollah’s hands seem tied. But as the country loses its balance, the party might end up with no choice but to impose its domestic preferences on its backers, including seeking a compromise with Hariri. Part of Iran and Syria’s strategic axis or not, Hezbollah’s mere existence is at stake.In Lebanon, governments and prime ministers come and go, but Mikati’s departure signals a sad end to what was a worthwhile political experiment in moderate centrist politics. Had Mikati succeeded, his effort could have been emulated across the Middle East. With his failure, though, Lebanon’s fault lines will continue to deepen — and absent necessary Sunni-Shia reconciliation, the country could slide into another civil war.

* BILAL Y. SAAB is executive director and head of research of the Institute for Near East and Gulf Military Analysis (INEGMA) North America.