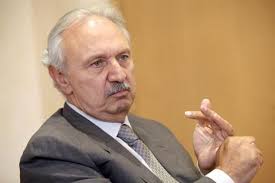 Lebanese Finance Minister Mohammed al-Safadi denied on Saturday that Saudi Arabian investors have been withdrawing their deposits from Lebanese banks.

“The Lebanese banking system guarantees the free movement of capital and confidentiality, therefor, investors have the right to manage their money as they please,” Safadi said.

The minister pointed out that Saudi deposits in Lebanese banks are secure and there are no financial, security or political fears that threaten their safety.

Safadi’s comments come after the head of the Economic Committees Adnan Kassar denied on Friday the rumors that investors have withdrawn $1 billion of their deposits from Lebanon.

“Media should be careful in reporting accurate, objective and credible news away from any rumors,” Kassar said. 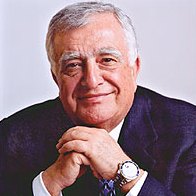 Kassar stressed the importance of preserving the ties between Lebanon and the Gulf states after the Gulf Cooperation Council expressed “great concern” over the government’s failure to abide by its own dissociation policy as per the Baabda Declaration.

This development comes after the Media reported that the deteriorating ties will affect the interests of Lebanon in GCC states including the conditions of around 600,000 Lebanese expatriates in the Gulf.

The Gulf Corporation Council (GCC) warned last Wednesday that Lebanon is not fully complying with its self-avowed disassociation policy toward the regional events and specially the Syrian conflict.

In a statement the GCC announced that the council’s Secretary General, Abdul Latif Bin Rashid Al Zayani, met with Lebanese President Michel Suleiman in the presence of the ambassadors of the council’s 6 member states and delivered a letter to the Lebanese president on behalf of the Gulf group’s ministerial council.

The letter said that the “Gulf Corporation Council voiced its extreme concern [over Lebanon] not committing to the Baabda Declaration and the policy of disassociation.”

“The council,” the letter stated, “looks to [Lebanon] to abide by the policy in words and deeds in order to prevent placing Lebanon’s security and stability at risk or affect the interests of its people and their security.”

The rival Lebanese leaders agreed during a National Dialogue session to adopt the so-called “Baabda Declaration,” which is aimed at distancing Lebanon from turmoil in the region, particularly the unrest in neighboring Syria.

The recent remarks on Bahrain by MP Michel Aoun, a member in the Hezbollah-led March 8 coalition were also not well received by the GCC

Aoun, in an interview with an Iranian television station last month, criticized the international community and the Arab League for its lack of support of Bahraini protesters, calling their predicament an “injustice.”

The GCC regarded Aoun’s comments as interference in the domestic affairs of Manama.

Bahrain accused Hezbollah on several occasions of training the opposition and of interfering in its own domestic affairs.