UK to to equip Syrian opposition”to help save lives”, report 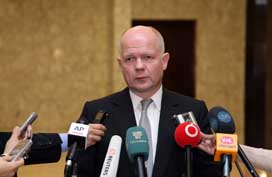 The UK is to provide armoured vehicles and body armour to opposition forces in Syria “to help save lives”, Foreign Secretary William Hague has said.

It will offer millions of pounds in “non-lethal” equipment, including search and rescue, communications, and disease-prevention materials.

Mr Hague said it was a “necessary, proportionate and lawful” response to “extreme human suffering”.

But some MPs said they feared being drawn into a military intervention.

Up to 70,000 people have been killed and a million refugees have fled since the crisis began two years ago.

The latest UN figures show that two million have been internally displaced, while 400,000 have fled abroad since the start of the year, with the largest number seeking shelter in Jordan, Lebanon, Turkey, Iraq and Egypt.

UN High Commissioner for Refugees Antonio Guterres has warned that Syria was “spiralling towards a full-scale disaster” and that international response capacity was “dangerously stretched”.

Mr Hague told Parliament the Syrian people were in “dire need” of help and the UK could not “look the other way” in the face of the escalating humanitarian crisis and what he said were human rights violations by the government of President Bashar al-Assad.

As the tenth anniversary of the Iraq war approaches, Lib Dem Sir Menzies Campbell said many MPs were concerned “lest we might drift towards” military intervention in Syria.

Although Mr Hague refused to rule out the possibility in the future, he said: “No Western government is advocating military intervention of Western nations into the conflict in Syria. The discussion is entirely focused on the degree of assistance that can and should be delivered to the opposition.”

He announced a £13m package of logistical and humanitarian support for areas under opposition control which he said was possible after changes to the terms of the EU’s arms embargo – permitting the supply of a wider range of non-lethal assistance – last week.

The UK will provide non-combat armoured vehicles to opposition forces to help them move around in safety, as well as body armour. Other material being provided includes communications and refuse collection equipment as well as support for the electricity grid and water supply.

Testing equipment to provide evidence of any use of chemical weapons will also be supplied, Mr Hague added, as there was a risk that such weapons could be used against Syrian civilians.

“The Cabinet is in no doubt that this is a necessary, proportionate and lawful response to a situation of extreme humanitarian suffering, and that there is no practicable alternative,” he said.

“All our assistance will be carefully calibrated and monitored as well as legal, and will be aimed at saving life, alleviating this human catastrophe and supporting moderate groups.”

The move follows the US government’s pledge of £40m in non-lethal assistance last week and signs that the international community may be reconsidering its policy of not providing military support to groups opposed to the Assad government.

The commander of the Free Syrian Army, General Idriss, who defected from forces loyal to President Assad last year, told the BBC opposition forces desperately needed weapons and ammunition and called for the EU arms embargo to be lifted.

During a visit to the the European Parliament, he said fears that weapons supplied to the opposition would end up in the wrong hands were misplaced and insisted that jihadist groups had no chance and no role in the future of Syria.

Mr Hague, who claimed Iran was increasing its support for the government, made clear the UK was not considering arming opposition forces but would provide “assistance, advice and training” to them and could not rule out further support if the situation worsened further.

“In our view, if a political solution to the crisis in Syria is not found and the conflict continues, we and the rest of the EU will have to be ready to move further, and we should not rule out any option for saving lives.”

Several MPs expressed concerns that the UK was not putting enough effort into trying to secure a diplomatic solution to the crisis. 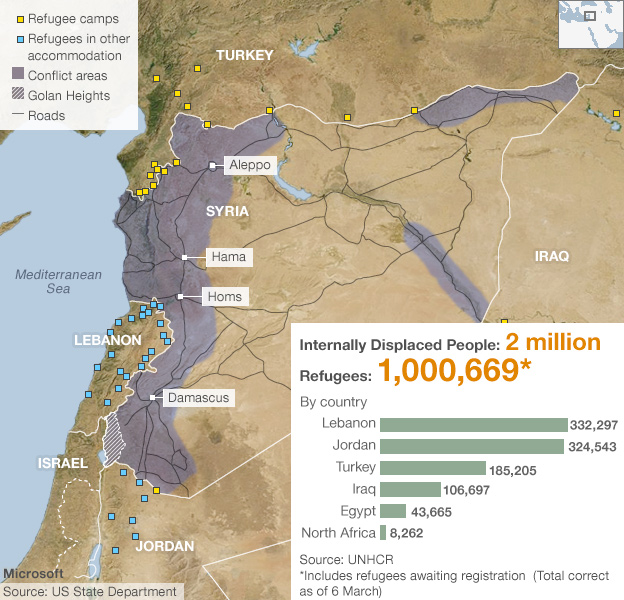 Former Conservative defence minster Sir Gerald Howarth said he feared the UK’s “hand is being drawn ever closer into this mangle”, while fellow Conservative Bob Stewart urged the foreign secretary to put all his efforts into securing a ceasefire so politics, not the military could solve the situation.

Labour’s Peter Hain said there had been “a monumental failure of diplomacy” and accused Mr Hague of “making the situation worse”. He called for President Assad’s offer of negotiations to “be tested to destruction”.

Conservative Edward Leigh urged Mr Hague to reject the “neo-con policies” of those called for the UK to arm the rebels. “What is wrong with basing our policy on life and not death?” he asked.

And some MPs expressed concerns that equipment could fall into the hands of extremist groups and jihadists whose interests were not aligned with the UK.

Labour said the worsening situation was an indictment of the international community’s failure to act collectively and decisively.

Shadow foreign secretary Douglas Alexander said: “It is right that efforts must now intensify but the key issue is the breadth of these efforts, how these efforts are channelled and how likely they are to deliver some results.

“There are some vital areas where the international community must better co-ordinate and target its efforts.”