sooner or later Hariri’s killers will be punished: son 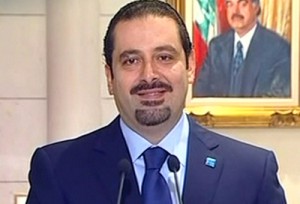 The killers of Lebanon’s former premier Rafik Hariri will be punished “sooner or later,” his son Saad said on Thursday’s eighth anniversary of his father’s death, for which four Hezbollah members are being tried in absentia.

“The (UN-backed) Special Tribunal for Lebanon is making progress and the criminals will be punished sooner or later. But is it possible that Hezbollah will continue with its ostrich policy of refusing… to surrender the accused?” he asked, in a televised address to a crowd of supporters in Beirut.

Hariri was killed along with 22 others when a massive truck bomb engulfed his motorcade on the Beirut seafront on February 14, 2005.

The tribunal, set up by a UN resolution in 2007 to probe Hariri’s death and try those responsible, issued arrest warrants last year for four members of the powerful Shiite movement and ordered them to be tried in absentia.

The trial has provisionally been scheduled to start on March 25.

Hezbollah has denied any responsibility for the attack, and its leader Hassan Nasrallah has dismissed the tribunal as a US-Israeli conspiracy, vowing that none of the suspects will be arrested.

The blood of Rafiq Hariri… is stronger than the armed factions (of Hezbollah) and stronger than the plots by Assad and Mamlouk to destroy Lebanon,” added Hariri, himself a former premier whose political group holds Damascus responsible for the killing.

He was referring to the Syrian president and his security chief, Ali Mamlouk, who Lebanon issued with an arrest warrant in absentia last week over a bomb plot in the restive north of the country.

Syria dominated Lebanon politically and militarily for nearly three decades until 2005, when its troops pulled out under international pressure following Hariri’s assassination.

His death, which followed a string of high-profile killings of people hostile to the Assad regime, plunged Lebanon into political instability, with its people divided between supporters and opponents of Syria which has been engulfed by conflict for nearly two years.

“The regime of Bashar al-Assad will certainly fall and its fall will be sensational in Syria, in the Arab world, and throughout the whole world,” Hariri said on Thursday.

New US Secretary of State John Kerry threw his support behind the UN tribunal on Thursday, saying “this act of cold-blooded mass murder sent shivers throughout the region” and sought to “undermine Lebanon’s sovereignty and independence.”