440 to 675 mil. barrels of oil reserves off coast of Lebanon 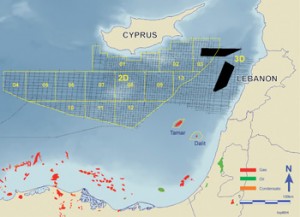 French consultant Beicip Franlab published a report in which it estimates the reserve potential offshore Lebanon at 440 million-675 million barrels of oil and 15 trillion cubic feet of gas, according to UPI.

The new oil reserves were found off Lebanon’s northern maritime boundary with Cyprus and Syria, and could generate billions of dollars.

The Lebanese government is pressing ahead with plans to court international energy investors to explore potential offshore reserves. The offshore area is considered frontier territory, though Beirut has said parts of the Leviathan natural gas field offshore Israel are in its territorial waters.

The Lebanese and Cypriot governments in January agreed to increase cooperation in the offshore natural gas sector.

Bassil also told the daily that Lebanon will launch the tenders within the upcoming few days, revealing that there will be more “pleasant news soon” concerning the matter.

Also experts note, the regional upheavals, including both domestic Lebanese problems and the increasingly volatile Syrian war don’t make the Levant an attractive place to do business with companies that value stability and the transparent rule of law.

He added that, “In the foreseeable future, the potential political conflict over the exploitation of energy resources off the coast of Lebanon is most likely to follow the predictable pattern of conflict between the March 14 and March 8 blocs. It will accentuate the long-simmering public debate inside Lebanon over the deficiencies of public infrastructure and services that affect the daily lives of Lebanese citizens.”

In recent comments, Lebanese energy analyst Rudi Baroudi, chief executive officer of Qatar’s World Energy Council, emphasized the importance of official transparency, particularly after the gas reserves are tapped and begin to generate revenue that can either end up in the public coffer or the pockets of officials.

Also, in a move that might concern foreign companies, Hezbollah chief Hassan Nasrallah pledged in early January to “defend” Lebanese oil claims over a dispute between the Levant and Israel regarding overlapping maritime territories.

Experts note that the Petroleum Administration and the Cabinet will have to take timely decisions at each stage in order to allow the process to move forward. Such decisions include the parameters for the tendering process, assessment of the bids, terms of contracts, award of contracts, and use of proceeds, among others. 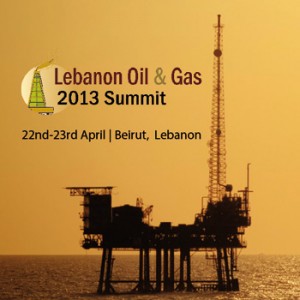 The Petroleum Administration has the mandate for undergoing the relevant technical and legal work prior to any negotiations with the oil companies. But in adding to the bureaucratic levels of review, the Administration is not responsible for preparing the specifications for the all-important bidding process until after the Cabinet approves a criterion for the “pre-qualification” stage.

The pre-qualification round is scheduled to begin in early February.

Authorities, including Energy Minister Bassil have emphasized that after qualification, the selection of companies for bidding would be finalized by no later than 2014 and actual exploration begin by 2017, though a Citigroup report expressed marked skepticism on this and set the date at closer to 2020.

Bassil has said that nearly 30 international companies have shown interest in bidding for gas and oil exploration and drilling.