Why did Pope Benedict XVI quit? 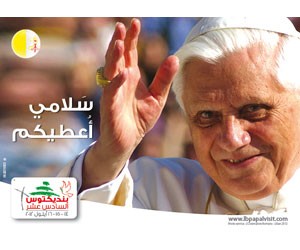 The questions reverberated from the Vatican to every corner of the Catholic world and left a billion members scratching their heads over something not seen since 1415 – why is the pope resigning now?

Pope Benedict XVI, 85, said Monday that it was because of his age.

“I have come to the certainty that my strengths, due to an advanced age, are no longer suited to an adequate exercise of the Petrine ministry,” he read in Latin to a group of cardinals gathered to examine causes for canonization.

The pressures may well have been too much for him to bear. As pope he was the bishop of Rome, the head of a tiny country, and spiritual shepherd to a billion people.

‘[I]n today’s world, subject to so many rapid changes and shaken by questions of deep relevance for the life of faith, in order to govern the barque of Saint Peter and proclaim the Gospel, both strength of mind and body are necessary, strength which in the last few months has deteriorated in me to the extent that I have had to recognize my incapacity to adequately fulfill the ministry entrusted to me,” he continued in his statement.

The Rev. Federico Lombardi, head of the Vatican press office, told reporters there was no specific health crisis or disease that forced the pope to make the decision at this time.

“The basic take is he is stable and could have gone on at a lower level for some time,” said John Allen, CNN’s senior Vatican analyst. Allen pointed out there were no recent hospitalizations or public falls, and the pope likely “decided rather that he would pull the plug now instead of waiting for disaster.”

“Timing is the big shock. We simply had no indication this was coming,” Allen said. “The Vatican quite honestly leaks like a sieve. There was no hint this was coming down the pike.”

At 78 when he became pope, he was not young man and said at the time he anticipated his papacy would be short.

Before becoming the pope, then-Cardinal Joseph Ratzinger had a quiet retirement in mind. He was serving Pope John Paul II as the head of the Congregation of the Doctrine of Faith, the doctrinal watchdog for the church once called the Inquisition.

In that role, Benedict worked beside Pope John Paul II and watched up close as Parkinson’s disease slowly ravaged his predecessor.

When Pope John Paul II died in 2005, Ratzinger was just two years from a forced retirement as a cardinal.

When he was elected by the College of Cardinals to be pope, he joined a line of men that stretched 2,000 years from Jesus’ disciple Peter to today.

What is known about the pope’s medical history is scant: In 1991 he had a brain hemorrhage, but that did not prevent him from continuing his career. And in 2009 a fall led to a broken wrist. So his decision to leave his post while showing little sign of any ailment has opened the door to speculation.

“The sad suspicion is his mind is going,” said Michael Sean Winters, a visiting fellow at the Institute for Policy Research and Catholic Studies at the Catholic University of America and a blogger for Distinctly Catholic at the National Catholic Reporter.

Archbishop Thomas Wenski of Miami said he thought the pope looked “frail” when he was in Cuba earlier this year. He walks with a cane and often could be seen struggling to move around the altar as he celebrated Mass.

“At 85 years old, in your 86th year, I think you’re entitled to walk with a cane,” Cardinal Donald Wuerl, the archbishop of Washington, D.C., said at a news conference. He was at the Vatican with the pope for much of October for a synod meeting. “He seemed not only very alert but full of energy,” Wuerl said.

Allen, who was at an event with the pope with a visiting dignitary, recently said, “He was all there mentally.”

Even if his mind remains sharp, the office brings with it a schedule that would exhaust men a quarter of the pope’s age.

There are endless meetings at the Vatican with clergy, diplomats and heads of state. This year he completed hour-long meetings with every bishop in the United States, according to Bishop Thomas Paprocki of Springfield, Illinois.

“It’s a grueling and demanding schedule to keep up with,” Paprocki said.

As the pope, “there’s an expectation you’re going to be doing trans-Atlantic flights and his doctors have warned him against it the whole time,” Winters said.

While the most plausible explanation for his resignation seems to be the most benign, there are other elements of scandal and mismanagement at the Vatican that may have also played a role.

“No one is going to say this was a well-managed papacy,” Winters said.

There were scandals that rocked both the church as a whole and the tightly knit community in Vatican City.

The child sex abuse scandal continued to plague the church globally even as strict reforms were put in place. A visible sign of the scandal at the coming conclave to select a new pope will be Cardinal Roger Mahoney, the former archbishop of Los Angeles, who was stripped of his public and administrative duties this month by his successor, Archbishop Jose Gomez, for his role in covering up a child sex abuse scandal. A spokesman for the Archdiocese of Los Angeles confirmed Mahoney will be attending the conclave.

Inside the walled compound of the Vatican City, the Vatican Bank is being investigated for noncompliance with European money laundering protections. The head of the bank left in disgrace.

The pope saw his own butler betray him by stealing documents from his desk and passing them to journalists, and internal battles erupt over alleged mismanagement.

On Sunday, the pope tweeted, “We must trust in the mighty power of God’s mercy. We are all sinners, but His grace transforms us and makes us new.”

The mention of personal sin was not out of character with the Christian belief outlined in Paul’s letter to the Romans that “all have sinned and fall short of the glory of God.”

In his statement Monday he again turned to flaws, saying, “Dear Brothers, I thank you most sincerely for all the love and work with which you have supported me in my ministry and I ask pardon for all my defects.”

Lombardi, the Vatican spokesman, said he expects a new pope will be in place in time for Easter.

The pope gave little indication of what his future might hold, where he would live and what life for a former pope might entail. He concluded his statement by saying, “I wish to also devotedly serve the Holy Church of God in the future through a life dedicated to prayer.”

Photo: Pope Benedict XVI during his visit to Lebanon