A strong earthquake has struck Japan’s northern island of Hokkaido, but authorities say there is no danger of a tsunami and there are no immediate reports of injuries or damage. 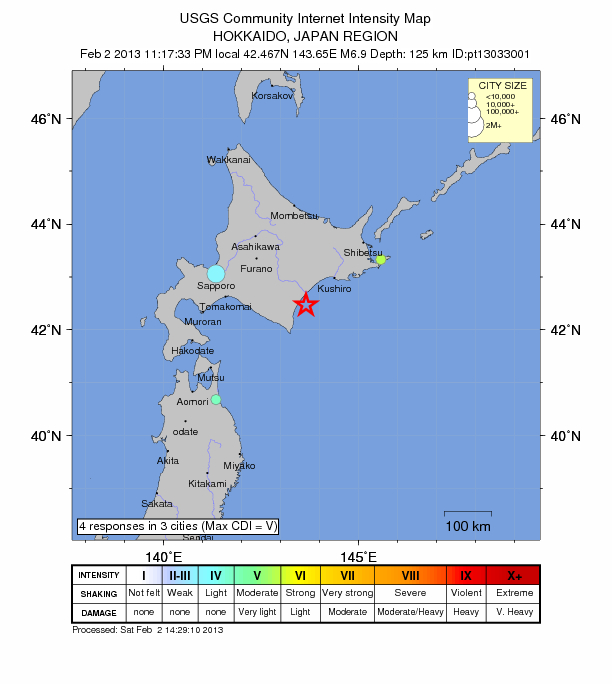 The agency says there is no danger of a tsunami from the quake.

The U.S. Geological Survey says the quake’s magnitude was 6.9.

Japanese public broadcaster NHK says nearby nuclear power plants, including Tomari and Higashidori, which are currently idled for safety inspections, have reported no abnormalities.