Assad’s , mother and sister are now living in Dubai 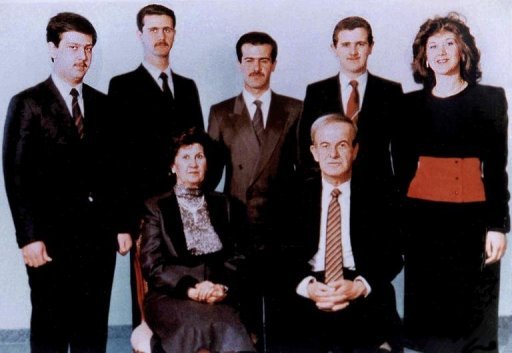 Anisa Makhluf, the mother of President Bashar al-Assad, has left the war-torn country and joined her daughter in Dubai, Syrian expatriates in the United Arab Emirates and an activist said on Sunday.

Makhluf has been living next to her daughter, Bushra, the only sister of Assad, in Dubai since around 10 days, Syrian expatriates told AFP.

Bushra’s husband General Assef Shawkat, an army deputy chief of staff, was killed along with three other high-ranking Syrian officials in a July 18 bombing at the National Security headquarters in Damascus.

In September, Syrian residents in the Gulf emirate said that Bushra had enrolled her five children at a private school in Dubai where she had moved.

Makhluf’s “departure from Syria is another indication of Assad losing support even from within his family,” said Ayman Abdel Nour, head of the newly-formed group Syrian Christians for Democracy and editor-in-chief of opposition news website all4syria.com.

Analysts say that Assad is increasingly relying on the tightly-knit circle surrounding him, which includes Maher, his only brother still alive and who commands the army’s notorious Fourth Brigade.

Assad’s two other brothers Bassel and Majd are dead. The embattled president also relies on relatives from his mother’s side, analysts say.

A large number of businessmen and wealthy Syrians who had close ties with the regime have fled the deadly bloodshed in Syria to Dubai in the past few months.

More than 60,000 people, mostly civilians, have been killed in Syria’s 22-month conflict, according to the United Nations.

The conflict has sent some 600,000 people fleeing the country, most of them to neighbouring countries, according to the world body.

Photo: A family picture dated 1985 shows Syria’s late president Hafez al-Assad and his wife Anisa Makhlouf (seated) and their five children behind them, including from left Maher, current president Bashar , Bassel, Majid and Bushra . Anisa Makhluf, the mother of President Bashar al-Assad, has left the war-torn country and joined her daughter in Dubai, Syrian expatriates in the United Arab Emirates and an activist said on Sunday.