by yalibnan
1882
By: David Ignatius- With the appointment of 30 women to the Saudi Shura Council, the wheels of change may have started moving slowly in the kingdom. They do seem to be turning, but is it fast enough?
Share: 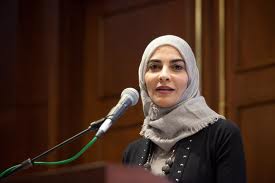 A week ago, Saudi Arabia saw something that people in the kingdom often talk about but rarely witness — a potentially important political reform.

King Abdullah announced Jan. 11 that 30 women would join the kingdom’s Shura Council, a consultative body of 150 persons, and that women henceforth would hold 20 percent of the seats. Skeptics cautioned that it’s a symbolic move, since this is an advisory group that doesn’t actually enact any legislation. But it’s a powerful symbol, according to men and women here.

When Abdullah first signaled his plan to name women to the council, a Saudi cleric said it would be “haram,” or forbidden under Islam. The king went ahead and announced the 30 appointees, saying that he had consulted the Senior Ulema Council, the religious body whose approval is one of the pillars of the Saudi monarchy.

A Westerner here told me that, last weekend, several dozen conservative Saudis gathered near Abdullah’s palace to complain, but he wouldn’t see them.

It’s understandable why conservatives would be upset: If Saudi women are deemed worthy of joining the body that advises the king on sensitive matters, it’s harder to justify the many limits on their rights.

I met here last week with Hayat Sindi, a scientist who is one of the newly appointed Shura members. She took her doctorate in biotechnology from Cambridge in 2001, and in the years since she has been a visiting scholar at Harvard, launched two companies and helped run a third.

“I feel the solution for the Middle East is based on women and youth,” she says. Listening to her story of insistent, determined accomplishment, it’s hard to disagree.

Dressed in an abaya whose somber black is enlivened by colorful, embroidered sleeves, Sindi balks when I ask her age, not for reasons of vanity but because she isn’t sure. She says there’s no reliable record of her birth date.

From this humble beginning in Mecca, Sindi grew to become a prodigious student. She remembers reading a book in her early teens about the discovery of DNA by British scientists and dreaming that she would study in Britain someday. She did just that after college, against her father’s initial wishes and despite the fact she knew little English — earning a bachelor’s degree at King’s College, London, and then her doctorate at Cambridge.

In her last year at Cambridge, she ran out of money and was afraid she would have to drop out. Abdullah, who was then crown prince, was known to support women’s education, so she wrote to the Saudi Embassy in London and asked for help. She said that the king called personally and asked her how much she needed to finish her studies.

The rest of Sindi’s résumé is equally improbable and impressive. She formed a company to develop a new diagnostic tool for early-stage breast cancer. She joined the board of Diagnostics for All, which creates low-cost diagnostic devices for developing countries. And in November she started a Saudi entrepreneurship lab called the i2 Institute for Imagination and Ingenuity. She plans to award fellowships annually to a dozen would-be Saudi entrepreneurs, men and women.

What difference will Sindi make on the Shura Council? She says that she wants to encourage peer-reviewed science and entrepreneurship, but she understands that part of her role will be to expand Saudis’ expectations of what women can accomplish.

Waiting for reform in Saudi Arabia is like watching the grass grow. It often seems as if nothing is happening. But during the past two years of Arab revolution, it appeared possible that Saudi Arabia might be the next autocratic nation to face popular revolt. As Karen Elliott House asks in “On Saudi Arabia,” her carefully reported new book: “Can the Al Saud regime reform in time to save itself?”

Thirty new members of an appointive advisory council aren’t going to rescue the monarchy. But the Shura appointments suggest that Abdullah, who at 88 may have limited time left on the throne, wants to set in motion a framework for transition to a more modern nation.

Another recent move was Abdullah’s selection of 53-year-old Prince Mohammed bin Nayef, the former Saudi head of counterterrorism, as minister of the interior — making him the first member of his generation in a top leadership position.

The wheels of change move slowly in the kingdom. They do seem to be turning, but is it fast enough?