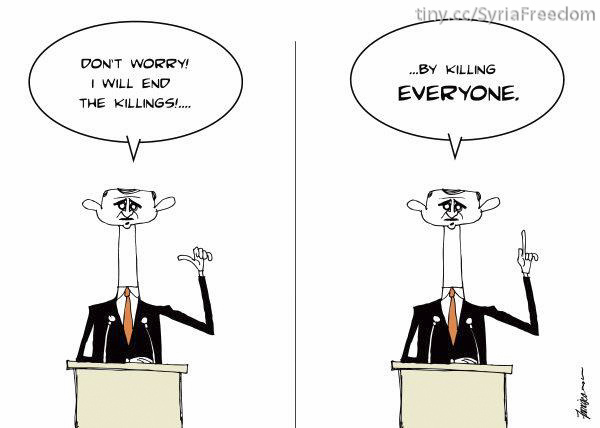 FIFTY-SEVEN countries, including Australia and New Zealand, have demanded the UN Security Council refer the Syria conflict to the International Criminal Court for a war crimes investigation.< Switzerland sent a petition demanding the move to the 15-member Security Council, the only body that can refer the case to the ICC but which is bitterly divided over the 22-month-old war.

The signatories included many European nations, such as Britain, France, Germany, Italy and Spain.

Australia, New Zealand, Japan and a number of African and Pacific nations also endorsed the initiative.

Libya and Tunisia, which also saw Arab Spring uprisings, also signed the call, which highlighted a UN investigation that said there is strong evidence of crimes against humanity and war crimes in Syria over the past two years.

The letter demanded that the security council refer the Syria conflict for an ICC investigation “without exceptions and irrespective of the alleged perpetrators”.

“At the very least, the council should send out an unequivocal message urging the Syrian authorities and all other parties to fully respect international human rights,” the letter states.

Permanent members Russia and China have vetoed three resolutions which would have just threatened sanctions against President Bashar al-Assad’s regime.

As Syria is not an ICC member, only a security council referral could start a war crimes investigation. But diplomats said the divide on Syria is so deep that no move by the body is now possible.

Russia and China refused to sign the Swiss petition.

The United States has not signed the letter because it is not an ICC member, but it does support the initiative, diplomats said. Other countries also said they could not sign as they were not ICC members either, the diplomats added.

“Our proposal is supported throughout Europe and also in most other regions of the world,” Switzerland’s Foreign Minister Didier Burkhalter told SRF Swiss broadcaster on Friday. “We can get this operation moving now,” he added.

“There are horrific war crimes happening in Syria,” Burkhalter said. “People must realise that these crimes will not go unpunished.”