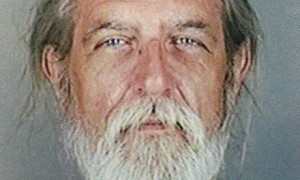 The ex-convict who lured two firefighters to their deaths in a blaze of gunfire left a typewritten note saying he wanted to burn down his New York state neighbourhood and “do what I like doing best, killing people,” police said on Tuesday.

Police chief Gerald Pickering said William Spengler, 62, who served 17 years in prison for the 1980 hammer killing of his grandmother, armed himself with a revolver, a shotgun and a semiautomatic rifle before he set his house in Webster on fire before dawn on Christmas Eve.

Two firefighters were shot dead and two were hospitalised. Spengler killed himself as seven houses burned around him on a narrow spit of land along Lake Ontario.

Pickering said one of the weapons recovered was a .233-caliber semiautomatic Bushmaster rifle, the same make and calibre gun used in this month’s school massacre in Newtown, Connecticut.

The note left by Spengler did not give a motive for the shootings, said Pickering, who declined to divulge the note’s full contents. He read one line: “I still have to get ready to see how much of the neighborhood I can burn down and do what I like doing best, killing people.”

Pickering said authorities were still looking for Spengler’s sister, Cheryl Spengler, 67, who lived with him. Their mother, Arline, lived with the pair until she died in October.

Neighbour Roger Vercruysse said Spengler hated his sister and doted on his mother.

“He loved his mama to death,” said Vercruysse, but “couldn’t stand his sister” and “stayed on one side of the house and she stayed on the other”.

Spengler fired at the four firefighters when they arrived to put out the fire, Pickering said. The first police officer who arrived chased the gunman and exchanged shots.

Authorities said Spengler had done nothing to bring cause concern since his parole. As a convicted felon, he was not allowed to possess weapons.

Pickering said the police officer who exchanged gunfire with Spengler “in all likelihood saved many lives”.

A police vehicle was used to recover the two bodies and it also removed 33 people from nearby homes. The gunfire initially kept firefighters from battling the blazes.

Pickering described Chiapperini as a “lifetime firefighter” with nearly 20 years in the department, and he called Kaczowka a “tremendous young man”.