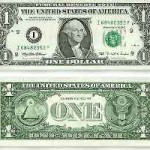 As Egypt prepared to release official results of the divisive constitutional referendum on Tuesday, the country edged deeper into economic crisis with some worried residents hoarding dollars for fear that the local currency could weaken significantly.

The anxiety over the economy was visible at currency exchanges in the upscale Cairo neighborhood of Zamalek, which ran out of dollars by midday and offered only euros — a rare occurrence. Some banks, too, said they had run out of cash dollars, forcing people to seek foreign currency from exchanges around the city.

“I asked around in many exchange places and can’t find dollars anywhere,” said Cairo resident Mahmoud Kamel after unsuccessfully visiting one exchange office in Zamalek. “I want to exchange money because I’m afraid the Egyptian pound will not have any value soon.”

Both political instability and economic fundamentals are playing a role in Egypt’s growing financial distress. A constitution drafted by Islamist allies of President Mohammed Morsi deeply polarized the country and sparked huge street demonstrations that at times exploded into deadly violence. According to unofficial results the constitution passed in a referendum over the past two weekends with a 64 percent “yes” vote.

The official result due out later Tuesday is expected to confirm the unofficial tallies.

The dash to sell Egyptian pounds for dollars prompted the Central Bank of Egypt to issue a statement on Monday calling on banks not to listen to rumors circulating about the fiscal health of the nation.

In a statement carried on official news websites, the bank declared its commitment to guarantee all deposits in local and foreign currencies to banks in Egypt and said banks are “financially strong enough and have stable liquidity to ensure the fulfillment of any obligations toward all its clients.”

There was one particularly nerve-rattling report in recent days that longtime Central Bank Governor Farouk Okdah had resigned. The report came on Saturday during the second and final round of voting on the constitutional referendum.

Official media quickly retracted the news after reporting it. The governor then turned up at a meeting of the government’s economic team on Sunday in an apparent attempt to quell nervousness over the state of the economy.

Egypt’s currency had been stable trading around 6 pounds to the dollar for the first half of the year. It has since slipped, especially in the past two months as political instability worsened. The Central Bank of Egypt said Tuesday that the dollar was selling at 6.18 to the Egyptian pound. To buy dollars at currency exchanges, the rate was 6.20.

Since Egypt’s uprising nearly two years ago, the country has lost more than half of its foreign currency reserves from $36 billion in 2010 to around $15 billion currently. The reserve level has been slightly propped up by some Qatari deposits in past months.

Underlining the cash shortage, unofficial estimates put Egypt’s reserves at just around $4 billion in hard currency, with the rest in gold and dollar treasury bills for the local market.

Major foreign currency earners, such as foreign direct investment and tourism, have dropped off because of political unrest and deterioration in security following Hosni Mubarak’s ouster in February 2011.

Egypt has requested a $4.8 billion loan from the International Monetary Fund to bridge the burgeoning budget deficit, but talks largely stalled this month after mass protests turned violent over disputes around the draft constitution.

In another blow, Standard & Poors downgraded Egypt’s long-term credit rating by one notch to B-, six steps below investment grade.

One of biggest problems facing the market, according to those experts, is a lack of transparency on the part of President Mohammed Morsi’s government.

“The economy is a reflection of the political unrest,” said Khaled Abdel-Hamid, head of Treasury at Union National Bank of the UAE in Egypt. “We need transparency. The people have to know the real position of the economy in Egypt.”

He predicted in 2013, the pound will continue to devalue and inflation rates will rise, affecting the price of food and basic commodities.

“What matters is the end result. People want to live. If people can’t find food or security, what does it mean if there is a president or constitution?” Abdel-Hamid said.

“Dealing with the budget deficit and raising the growth rate is a priority for the government to raise employment rates, reduce inflation levels and increase Egyptian exports’ competition abroad,” he said.

Leading civil society and rights groups have protested against the IMF deal, saying that the government has not released the terms of the agreement being worked out. Rumors swirling around impending tax hikes, subsidy cuts and other bread-and-butter issues have heightened the public’s concern. Around 40 percent of Egyptians live just at or below the poverty line of surviving on around $2 a day.

Promises by Morsi and his Muslim Brotherhood group that the Islamist-drafted constitution would bring about the stability Egyptians crave were dismissed by economic experts who warned that without enough currency reserves, there is little to stop the pound from falling steeply in value.

“If anything, we were stable. We are still entering the period of instability,” said Haytham Abdel Fattah, head of the Treasury and International Markets Manager at Industrial Development Bank. “The instability of the foreign exchange rate is not at all detached from the political instability. It is a reflection and clear mirror to what is happening,” he added.

Tens of thousands of Egyptians protested ahead of the referendum on the charter to demand a new and more diverse assembly to draft the constitution. Instead, the Islamist-dominated assembly hurriedly passed it before a court could rule on the panel’s legitimacy. Morsi issued decrees, later rescinded, that gave him near-absolute powers to push the constitution to a nationwide vote.

Backers of the Brotherhood and others Islamist parties also rallied in support of the charter, leaving the country split and leading to violent clashes between the two camps on Dec. 5 that killed 10 outside the presidential palace in Cairo this month. The turmoil rocked Egypt’s stock market, delayed the IMF loan talks and hurt the country’s peak tourism season.